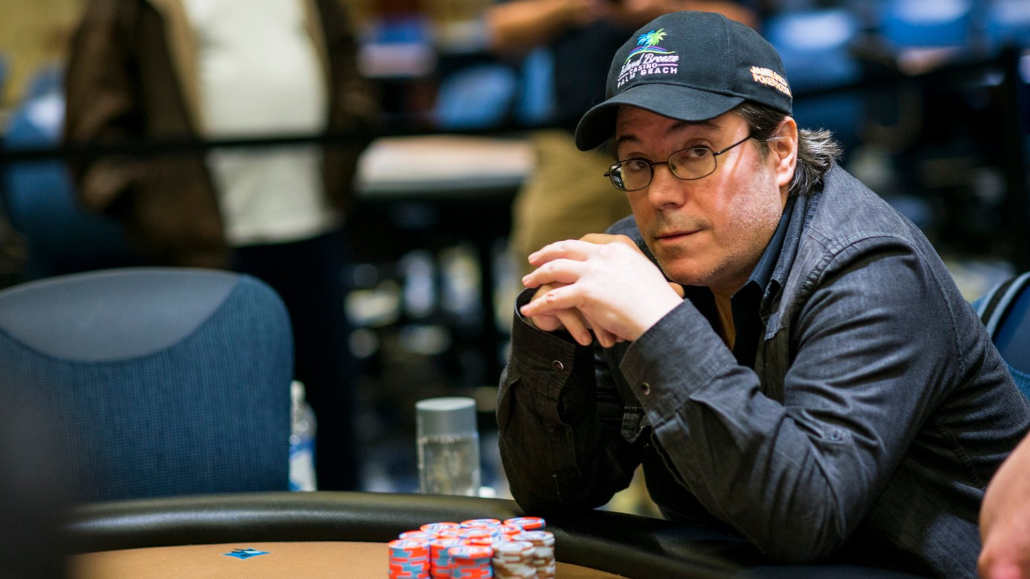 Jamie Gold might not be a household name for most casual poker fans nowadays. But, he is certainly one of the most successful poker players of the first decade of the 21st century.

His victory at the 2006 WSOP Main Event still remains the sixth-largest payout prize collected by a poker player in the history of the game.

He is known for his aggressive style of play, entertaining television appearances, successful business career, and philanthropic activities outside of the poker world.

If you want to find out more about how much Jamie Gold is worth, his professional poker path, and how he uses his net worth, we’ve prepared everything you should know!

Jamie Gold Net Worth – How Much is Jamie Gold Worth?

If you look up the net worth of Jamie Gold, most results online estimate it to be around $14 million.

There are higher and lower estimates, but considering his total career live poker winnings, it’s safe to say that the ballpark estimate of $14 million is a realistic evaluation of Jamie Gold’s net worth.

Taking this into account, Gold undoubtedly falls into the category of the most successful poker players of all time.

He made a great living from the game he loves and provided us fans, with some unforgettable memories, especially when it comes to his best career win.

So, how did Jamie Gold’s career shape up over the years, and how did he build up such an admirable net worth playing poker?

To answer this, let’s go over his biggest poker successes, starting from the early poker beginnings to the most recent results.

Gold started playing poker at a fairly young age. He learned from his mother, who was a passionate poker player.

Throughout his college years and first few years in the entertainment industry, Gold studied poker and often played it recreationally. However, he didn’t give playing poker professionally too much thought.

This changed when he started working with Johnny Chan and Chris Moneymaker on a TV show, and the former agreed to mentor Gold.

Learning from Chan helped Gold progress immensely in a short period. By 2005, he was regularly participating in poker tournaments around the country.

2006 – The Career-making Win and Ensuing Controversies

The twelve months leading up to the 2006 WSOP tournament marked the most successful period of Jamie Gold’s career up to that point.

He recorded a number of in-the-money finishes in several poker tournaments across California. But, this was just an introduction to what’s to come.

In the 2006 WSOP Main Event featuring nearly 9,000 players, Jamie Gold outlasted the competition for a payday of $12 million. 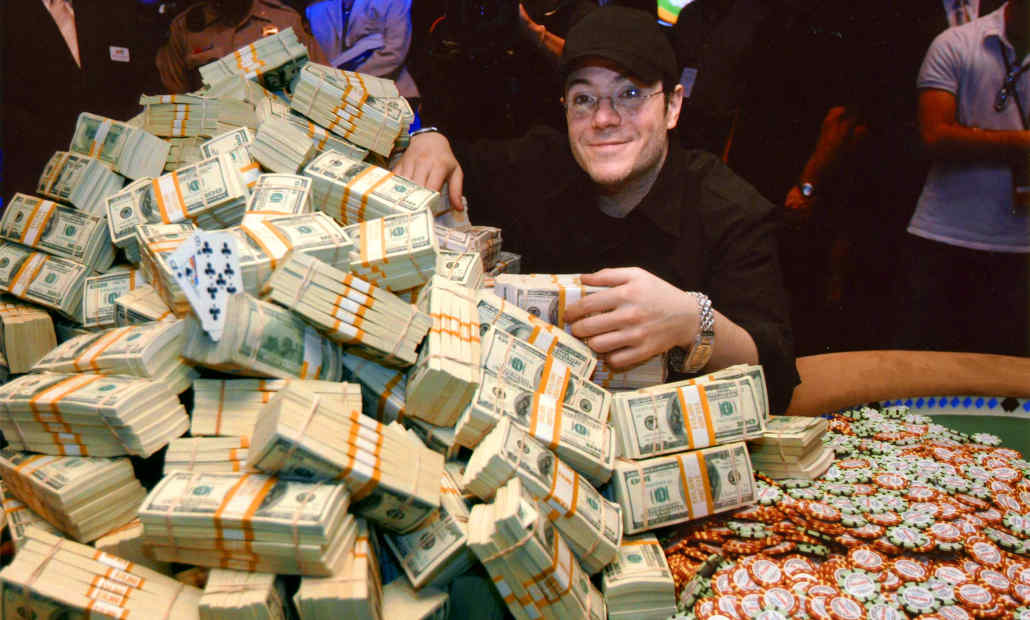 From the very start of the $10,000 No Limit Texas Hold’em Championship, Gold played an excellent game. From the fourth day until the end of the event, he built up a substantial chip lead over his competitors.

But, despite recording an amazing result for a player who was relatively unknown at the time, Gold didn’t manage to escape the controversy that came with his WSOP triumph.

During the entire event, his play and trash-talking drew criticism.

Moreover, Gold’s actions after winning the $12 million prize also got him in trouble with his sponsor.

Prior to the event, Gold agreed on a staking deal in which he would get a paid entry to the tournament and, in return, would share half of his profits with the staker.

He eventually settled this matter out of court and avoided paying the $6 million that he should have initially given the staker.

After recording the life-changing win that put him on the map, Gold remained an active poker player in the following years. However, he never managed to get close to his impressive 2006 payday nor win another WSOP bracelet.

In 2007, while trying to defend the WSOP title he won a year before, he was eliminated on the first day of the tournament.

However, the same year he recorded his best result in WSOP Europe. He finished 35th overall for a payday of over $50,000. 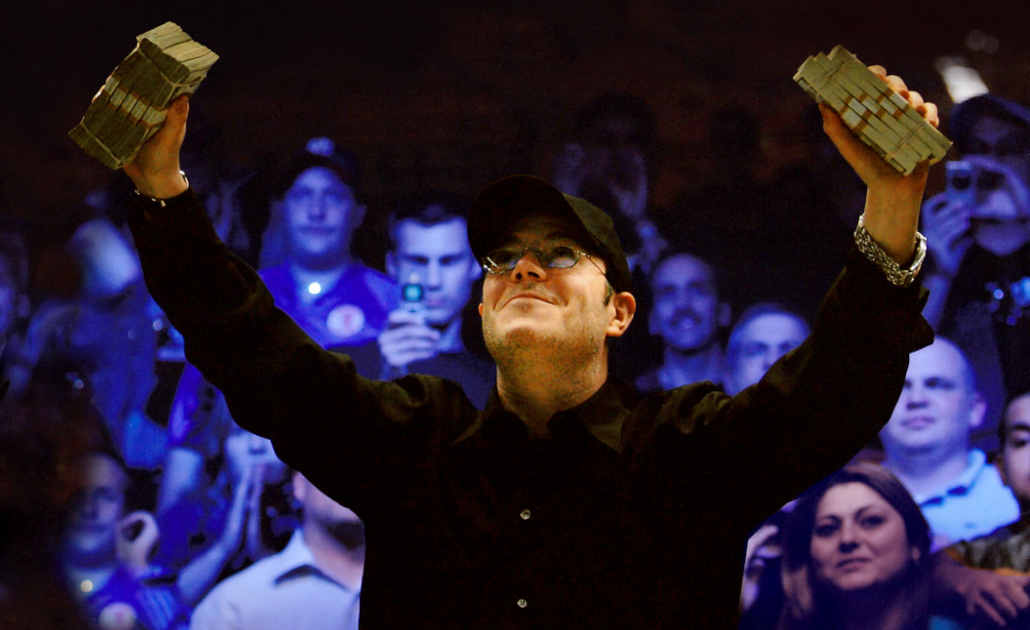 In fact, while he never came close to repeating the financial success of 2006, Gold did collect a few solid prizes during the 2010s.

However, despite some solid results in the past decade and a half, this period was marked by Gold’s financial struggles.

Because of this, he hasn’t participated in a lot of big-name poker tournaments. Instead, he mostly stuck with smaller cash games in local casinos.

As already mentioned above, Jamie Gold’s professional poker career has been defined by one momentous win and a series of smaller prizes spread across the past two decades.

So, to bring out the biggest career wins that contributed to the net worth of Jamie Gold, we want to highlight the five best results he ever recorded.

Gold’s fifth-highest career prize and highest win at the time came in 2005, when he won the Stars & Stripes tournament, finishing in front of 304 other entries.

He was still an obscure poker player, and this win didn’t get much traction in the poker world, as most of his opponents were unknown.

Gold generally didn’t see much success in WSOP Europe competitions. His best result occurred in 2007 when he finished 35th and took home just over $54,000.

This remains his biggest prize in Europe, which he won playing his favorite poker format, No Limit Hold’em.

In an event won by Antonio Esfandiari, Gold finished in front of Bryn Kenney, among many other famous poker players and celebrities.

Of course, as we mentioned above, by far the biggest and most significant prize Jamie Gold ever won came along with his first and only WSOP bracelet.

Over the years, Jamie Gold has appeared in numerous televised events. So, poker fans had a lot of opportunities to get familiar with his poker style.

He frequently made appearances on popular shows like Poker After Dark and High Stakes Poker.

In all of his appearances, he displayed a recognizable style that brought him the biggest successes in his career, including the 2006 WSOP win.

More precisely, Gold focuses on a specific style of constantly pressuring his opponents, especially so when he’s playing in position.

He often forces other players to go a specific route and either fold or risk their entire stacks. Many of his contemporaries commend Gold for turning this aggressive play into an art form that is very entertaining to watch and yet practical.

Gold often mentions six-time WSOP bracelet winner Chris Ferguson as a big influence and a person who instilled confidence in him to pursue such a playing style.

When Gold was still an unknown player, prior to the 2006 WSOP, Ferguson was the one who urged him to stick with his perfected style.

Activities in the Entertainment Industry & Philanthropy

Although he started playing poker professionally fairly early, before he was a poker pro, Jamie Gold made a living working in the entertainment industry.

When he was just 16 years old, Gold started working as an intern in a talent agency.

Before turning 21, he became a talent agent. Quickly after, he got into management and production and had a number of famous and up-and-coming actors as his clients.

At one point, he managed celebrities like James Gandolfini, Jimmy Fallon, and Lucy Liu.

Besides making a great living from his career in the entertainment industry and successes at the poker tables, Jamie Gold also dedicated a lot of time and resources to philanthropy.

He has hosted and participated in around 300 charity events, raising over half a billion dollars through these efforts.

He currently divides his time between pursuing smaller poker tournaments and focusing on his business.

And while he hasn’t been in the spotlight for over a decade and a half, Jamie Gold is still a very influential personality in the poker world.

Moreover, his $12 million win at the 2006 WSOP Main Event remains one of the biggest ever prizes in poker tournaments.