Does Three of a Kind Beat Two Pair in Poker & Why?

Does three of a king beat two pair or does two pair beat three of a king in poker?, these are some of the dilemmas, new poker players struggle with the most when starting with Texas Holdem.

The straightforward answer is yes, three of a kind beats two pair in poker.

If you are interested in finding out why three of a kind beats two pair as well as some of the rules you can use to answer similar questions without having to Google each answer, stay with us.

Does Three of a Kind Beat Two Pair in Poker?

In Texas Holdem poker, as in life, the main rule used to determine the value of something is its frequency.

With this said, the value of the hand combination in poker is determined by the number of possible combinations and the odds of being dealt the combination.

If you check the table below, you will see that the hand with the lowest number of combinations (the rarest hand), royal flush, is the hand that has the biggest value in poker.

Likewise, the paired hand with the largest number of combinations, one pair, is the hand that has the lowest value in Texas Hold’em.

The value of all other hand combinations is somewhere between these two in the table.

We can see that the hands which interest us the most, three of a kind and two pair are towards the bottom of the table, meaning they have less value than most other hands.

Furthermore, the table shows us that there are 123,552 possible combinations of a two pair hand which means you have a 4.75% or 20-to-1 chance of collecting this hand when you play.

On the other hand, there are 54,912 possible combinations of a three of a kind hand, which translates to a 2.11% or 46-to-1 chance of getting this hand combination. 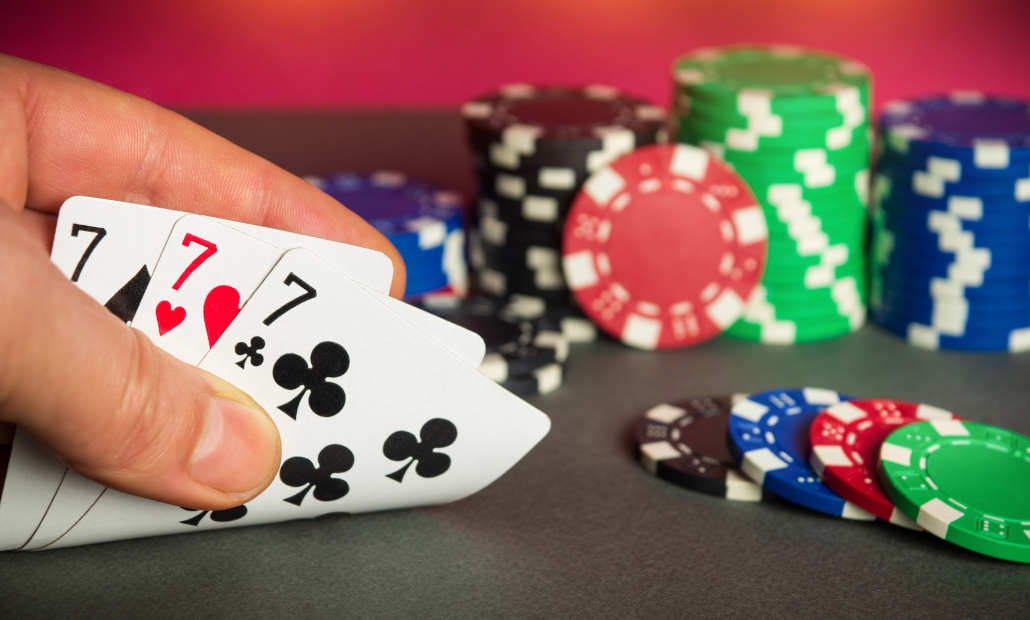 So, by using math and the rules for poker hand rankings, we can answer the question is 3 of a kind better than 2 pair.

Not only that, but we can use this method to answer all similar questions about what beats what in Texas Hold’em.

So, if you ever find yourself in a situation where you are not sure what hand combination is stronger, just ask yourself the question: which hand are you less likely to get. Whichever is the answer, that hand is stronger

What Is a Three of a Kind in Poker?

Okay, now that we have resolved the dilemma of two pair vs. three of a kind, it is time to explain further each one of these combinations including what they consist of and how they are ranked.

As the name suggests, in poker, three of a kind refers to a 5-card hand combination that consists of three cards of the same rank and two additional unrelated cards called kickers.

The second way to collect a three of a kind hand in poker is to use one of your hole cards (as a part of the main combination) and two cards from the board. This hand combination is called trips. 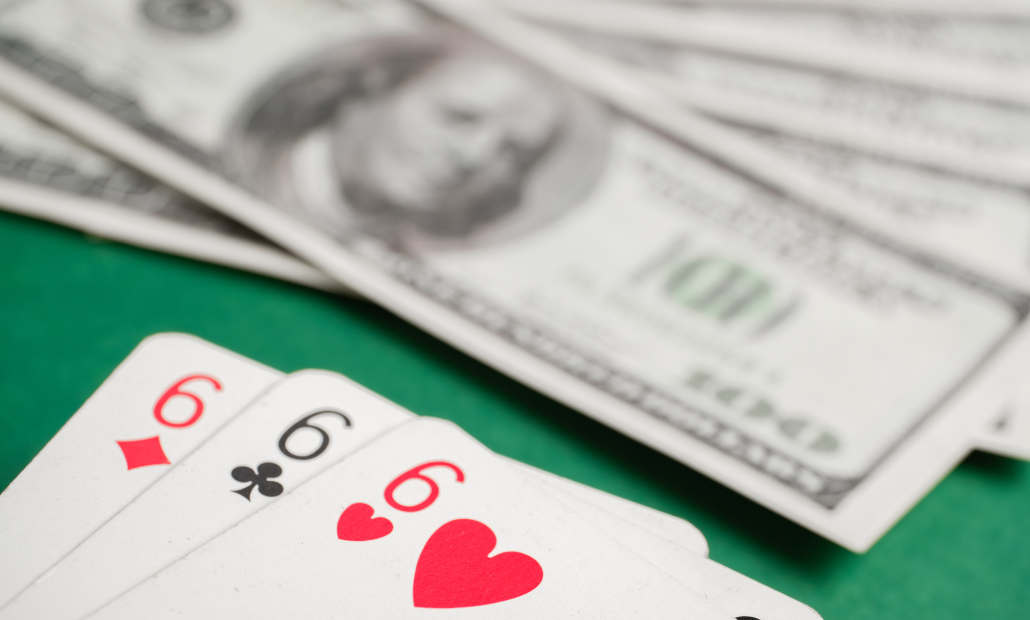 For this reason, players use different terms for three of a kind combos to additionally explain the transparency of their hand.

Holding a set is much better than holding trips as your opponent is less likely to put you on three of a kind.

This means that one three of a kind hand can have 13 different ranks (deuces to aces) and 3 of the 4 suits.

If we do the math, we can confirm that there are 54,912 different three of a kind combinations that can result from a standard 52-card deck.

Remember, each time you use three cards of the same rank to make the calculation, you need to add two different kickers. The combinations of kickers are what adds significantly to the total number of possible hands.

How Are Three of a Kind Combinations Ranked?

Sometimes when you play poker, you will find yourself in situations where both you and your opponent have a three of a kind hand, and you need to know how your hand stands in relation to theirs.

To help you with this, we will explain which rules are used to rank three of a kind hands in Texas Hold’em.

There are three main rules that will help you determine if your three of a kind hand is a winning one or not:

These rules might seem confusing at first, but they are very easy to apply once you get a hang of it. We have prepared a few examples so you can see how these rules are applied in practice.

In this situation, the ranks of the three cards are different and we can use them to determine which three of a kind hand is stronger. The first hand is stronger than the second because a 6 outranks a 4 in Hold’em.

In this example, the rank of the three of a kind hands is the same, so we need to look at the rank of the higher kicker, which means that the first hand beats the second one, since an ace is stronger than a jack.

Finally, in this example, the three card combination (5s) and the rank of the higher kicker (A) are of the same rank in both hands, so we need to consider the rank of the lower kicker.

What Is Two Pair in Poker?

A two pair combination in poker consists of two cards of one rank + two cards of another rank + a kicker. For example:

There are several ways in which you can get a two pair hand in Texas Hold’em.

Next, you can pair one of your hole cards with the board, and the board can contain two cards of the same rank. 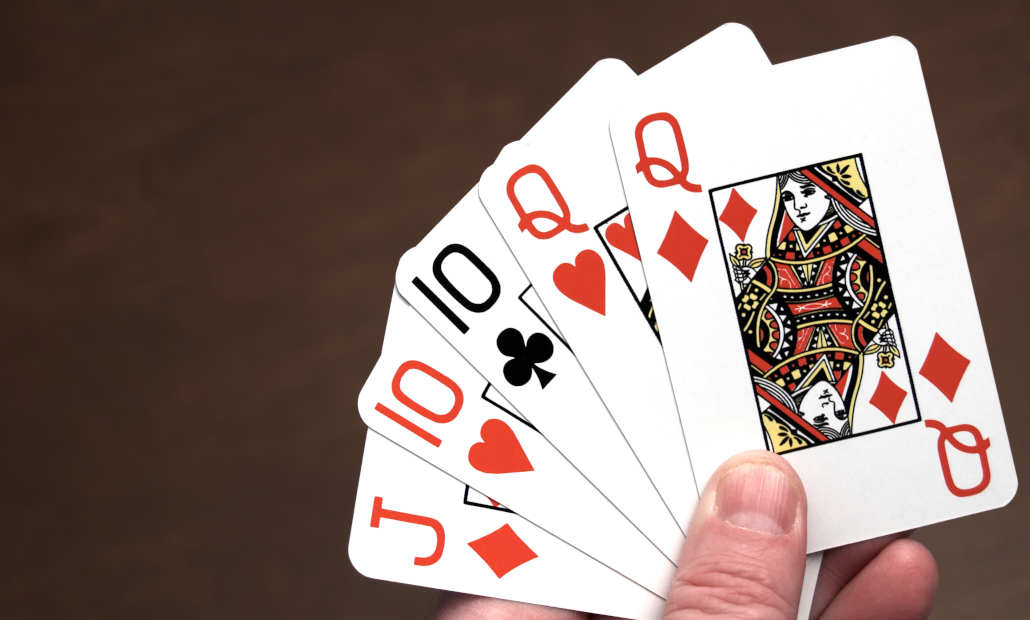 The Number of Two Pair Combinations in Texas Hold’em

As we’ve mentioned in the beginning, there are 123,552 possible two pair combinations in Texas Hold’em.

This means that, on average, your chances of collecting a 5-card combination that has a two pair in it is around 20-to-1.

This makes two pair the second most common paired hand in poker.

These odds shift significantly based on your hole cards. If you are holding a pocket pair, you have a 16.7% of hitting two pair on the flop.

How Two Pair Combinations Are Ranked

Just like with three of a kind there are three main rules when it comes to tanking two pair combinations:

Just like before, let’s look at how these rules are used in practice. 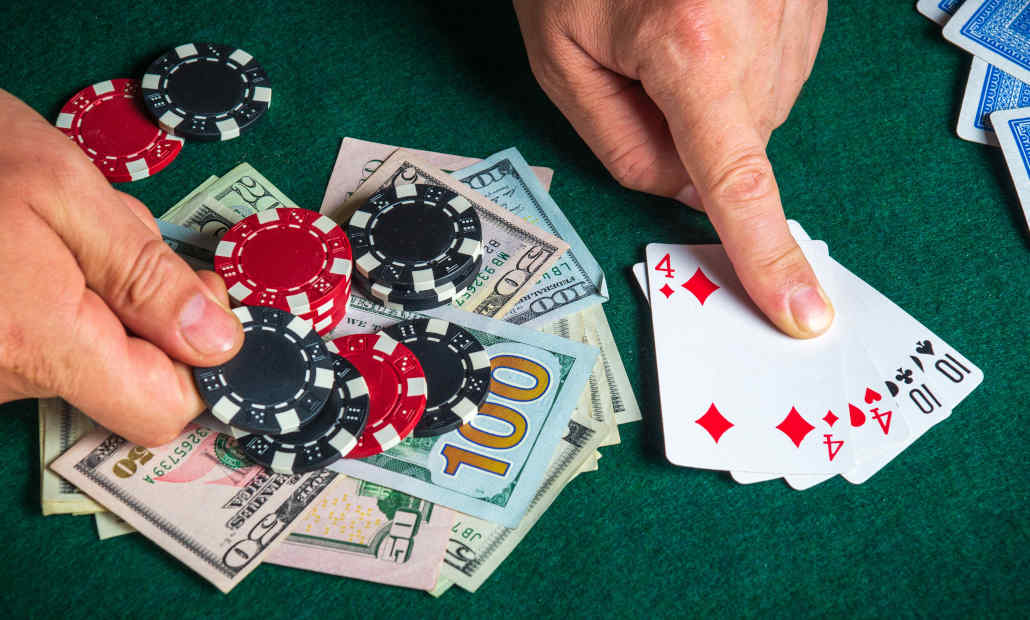 Lastly, if the ranks of both the higher and the lower pair a two pair combination are the same, the kicker comes into play.

And there you have it – now you know not just that three of a kind beats two pair in poker but also understand why this is the case so you can explain it to your poker buddies!