For a very long time now, Texas Hold’em has been the most popular poker variation, with the likes of Pot Limit Omaha and Short Deck Poker gaining traction in recent years.

Yet, before Hold’em was even on the map, poker players around the world competed on a regular basis in various formats of Stud Poker.

Razz is one of the popular versions of Seven Card Stud, with the biggest difference in rules being that Razz is a lowball game, which means each pot is won by the lowest hand out there.

While Razz is not played as much as it once used to be, you can’t really be a complete poker player without knowing how to play it, which is why I decided to write this guide to Razz Poker.

Keep reading to learn Razz rules and some basic strategies you can apply when playing Razz Poker to give you a fair fighting chance against experienced Stud players.

Since players of different skill levels may be reading this guide, I am going to start off with the most basic Razz Poker rules and explain every single element of the game from the moment the first card is dealt all the way down to showdown.

Basics of Razz – The Antes and the Bring In

If you are used to playing big bet games like No-Limit Hold’em or Pot Limit Omaha, you will need to make some adjustments to your understanding of poker to become a good Razz player.

First of all, you should understand that Razz Poker is nearly always played as a limit game. This means you won’t be able to make bets of any size you decide.

Instead, your bets will be fixed, and the stakes of the game you are playing won’t be the blinds but rather the small bet and the big bet.

The ante bets are used to drive action, but there is another forced bet in there, which is called the bring in. 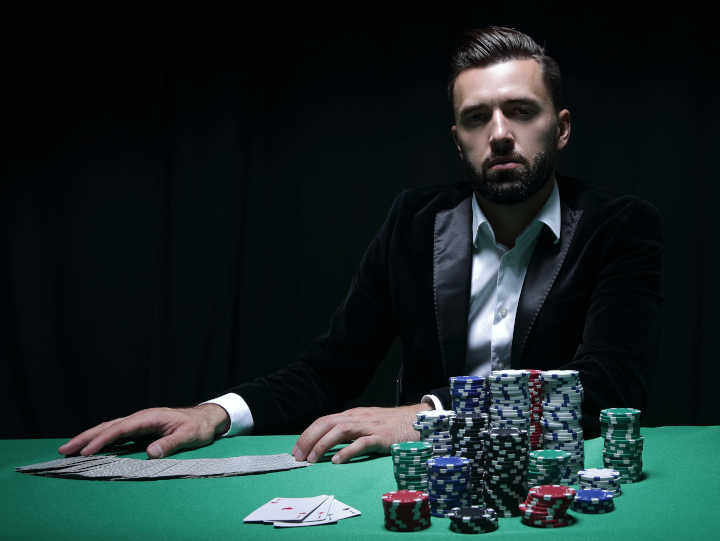 Each player receives three cards, only one of which is shown face up. The player with the highest up card must pay the bring-in.

This is a deviation from what you may be used to in Texas Hold’em, where the location of the dealer button determines who places forced bets.

Unlike big bet games, you have no way of knowing when you will have to pay the bring-in. You may be forced to do so many times in a short time or not have to pay for a long time, depending on card distribution.

The game of Razz is derived from Seven Card Stud, which means that most Razz rules are very similar to Stud. Like the name says, every player receives seven cards in all variations of Seven Card Stud.

I already explained that the first three cards are dealt before any action happens, but now it’s time to talk about the actual action and how you get the other cards.

Once everyone has their first three cards, a round of betting ensues. The player to the left of the bring-in is first to act, and they can choose to raise it up to one small bet or limp in for the value of the bring-in.

It is also worth noting that the player with the highest card can choose to complete the bet, which means he puts out the full value of the small bet. This is very rare since the high up card is usually a sign of a weak starting hand.

Players go around the table making their raises, folds, and calls. The action is capped at four raises on every street.

Once all players have completed their betting, the dealer deals out another card to each player.

This card, called the fourth street, is dealt face up. Once all players have their four cards, another round of betting ensues. Once again, the small bet is the betting limit.

On the fourth street, the lowest-ranked exposed hand bets first. This means a player who has a deuce and an ace showing would always bet first, regardless of the betting order on the third street.

Once all players have acted on their hands on the fourth street, another card is dealt face-up, signifying the fifth street.

This time around, players can actually make bigger bets. Once again, the lowest exposed hand bets first, but the big bet now becomes the betting limit. In a $5/10 game, you can bet $10 on the fifth street.

When all players have concluded their betting, the sixth street is dealt out. The sixth card is also shown face up, and the action is the same as the fifth street.

The final, seventh street, is dealt out face down, with players now having all seven cards. Three cards in total are hidden, while four are exposed.

On the seventh street, the player with the lowest exposed hand will be the first to bet, and the big bet is the limit, just as it was on the fifth and sixth.

Showdown in Razz – Determining the Winner

Once every player still active in the hand has acted on the seventh street, the dealer announces showdown.

At showdown, players turn over their hole cards and expose their entire seven-card hand. This is where things start to get a little crazy in Razz Poker. 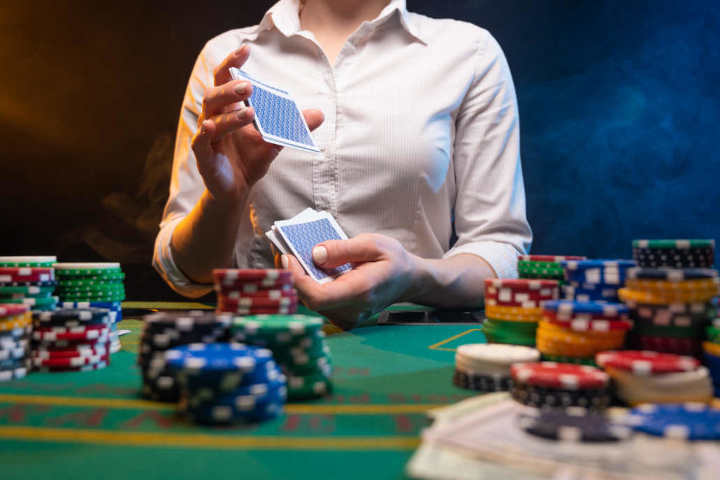 Unlike classic poker variations you are probably used to playing, Razz is a lowball game, which means poker hands like pairs, flushes, or full houses don’t count for anything.

Instead, you will be trying to make the lowest possible hand without any pairs, which makes 5 4 3 2 A the absolute nuts.

Having the wheel in Razz guarantees you to be the winner of the hand or at least chop the pot.

On the other hand, if no one has a five-high hand, the best possible six-high hand will take down the pot. This can go on indefinitely until the lowest hand is exposed and awarded the pot.

It is also worth noting that, despite what many players think, flushes don’t count for anything in Razz. Having five spades will not destroy your low or help you beat your opponent.

That’s really it as far as the Razz rules go. You are now equipped to play your first hand of Razz Poker, although it may take quite a bit of time to get accustomed to the forced bets and the betting pattern in this limit poker game.

Like any form of poker, Razz is a game that requires a sound strategy to be a long-term winner. However, the third street is actually one of the most important parts of playing Razz as significant mistakes on later streets are relatively infrequent.

The third street is the first point in the hand of Razz, where you get action, and you need to proceed with caution.

First of all, it is important to remember that you are trying to make a low hand, not a normal poker hand, which makes any high cards or pairs instantly unattractive.

If you are holding a pair in a hand of Razz, simply fold your cards. There is no reason to ever start out with a paired hand. You should give this hand up without investing any money.

If you don’t have any pairs, you should do your best to only play when you hold three cards that are at least lower than an eight.

This gives you a fair chance of making a good Razz hand by the river, as well as catch cards on the fourth or fifth street with which you can represent already holding a monster.

Your general strategy should be not to chase too much but rather only play when your hand actually looks good. This may sound boring, but it’s just the nature of Razz Poker.

If you are used to playing a lot of hands and constantly bluffing, you will do better if you stick to NLH or PLO, as these games give you more good bluffing opportunities.

Importance of the Up Card

In every hand of Razz, you will be dealt three cards to begin with, but your opponents will only see one of those three cards, giving you some room to maneuver.

The up card being the only one that others can see actually gives you plenty of bluffing opportunities.

Having an ace or a deuce as your up card gives you a chance to start raising and betting, even if your hand isn’t actually that great.

The reason for this is the fact that when further cards are dealt, you may have many opportunities to blow your opponents off their hands.

For example, imagine holding an ace with two relatively bad cards, such as a seven and a ten. Yet, the ace is the card that’s exposed to others. 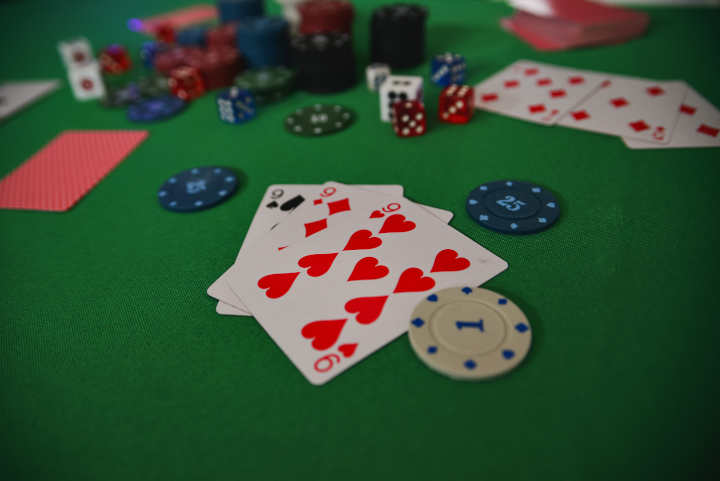 You get a call from another player who has a deuce showing and actually has two small cards in the hole, such as a five and a six.

On the fourth street, you are dealt a six while your opponent catches a jack. You are first to act, and you get to bet into your opponent despite your hand not being exceptional.

While they may still call this bet, they will often find it difficult to call on the fifth street unless they catch a particularly good card, such as an ace.

Even if you actually end up pairing one of your hole cards on later streets, it will be next to impossible for your opponents to know this. Thus, you have opportunities to bluff people off better hands.

Another important skill you must develop to be a good Razz player (or Stud player in general) is the ability to track the dead cards on the third street.

Dead cards are the ones that players fold at the start of the hand, which are then mucked and no longer showing on the table.

You should take note of all the cards that are out there as this will give you a good idea about the strength of your actual hand.

One thing you want to be looking for is the lack of low cards you need to improve. For example, if you start out with 6 4 A, you want to make sure that 2s, 3s, and 5s have not been folded.

Another thing that can help you is seeing low cards you already have out there.

For instance, if you have a 3 in the hole and a couple of players fold a 3, it makes it harder for others to make a low by the end of the hand.

As you play more Razz, keeping an eye out for folded cards will become second nature to you, and you should be able to know all the dead cards in every hand you play.

Time to Hit the Tables

With a bit of basic Razz strategy under your belt and a good understanding of the basic Razz rules, you are ready to start playing the game.

I highly recommend trying Razz Poker as part of some mixed game tournaments on online poker sites like PokerStars or even jumping into a couple of low-stakes Razz cash games on there. 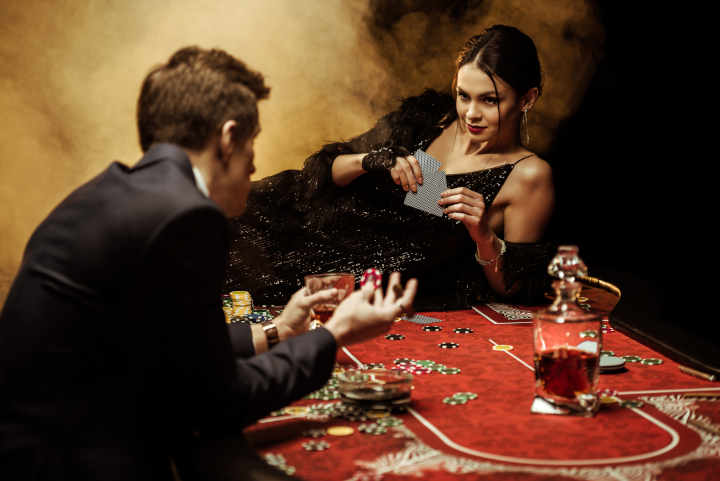 Razz is definitely not a game that runs too much online or live. That said, taking every opportunity you can to get better at it is something you should do if you want to become a complete poker player.

At the end of the day, learning how to play good Razz Poker may not make you millions, but it will allow you access to mixed games and tournaments you normally would not be able to play.

Perhaps even more importantly, knowing how to play Razz and other Stud games will allow you to step away from NLH once in a while and have plenty of fun playing new games against the soft competition in different formats!