While Texas Hold’em remains the most popular form of the game of poker these days, several other poker games are often spread in poker rooms around the world.

Omaha Hold’em, usually referred to simply as Omaha, is a form of poker that shares quite a few characteristics with Texas Hold’em, while using a unique set of rules that set it apart.

In most cases, Omaha poker is played as a pot limit game, making the name Pot Limit Omaha very common.

The name is abbreviated as PLO, which is why you will hear pro players refer to it simply as PLO in most cases.

If you are looking to learn a new poker game and aren’t sure which one you should go with, Omaha poker is the ideal candidate.

Not only is PLO poker often played in casinos and poker rooms both live and online, but it is a tremendously entertaining game any Texas Hold’em player will surely appreciate.

I am going to start you off with some basic Omaha poker rules and go on to talk a little bit about the strategy of the game and the best ways to play it.

Before you can learn how to play Omaha poker, you need to understand the fundamental differences between the games of Texas Hold’em and Omaha poker.

Both are played with players dealt hole cards and community cards. A hand starts the same way, with two players to the left of the button posting the small blind and the big blind. 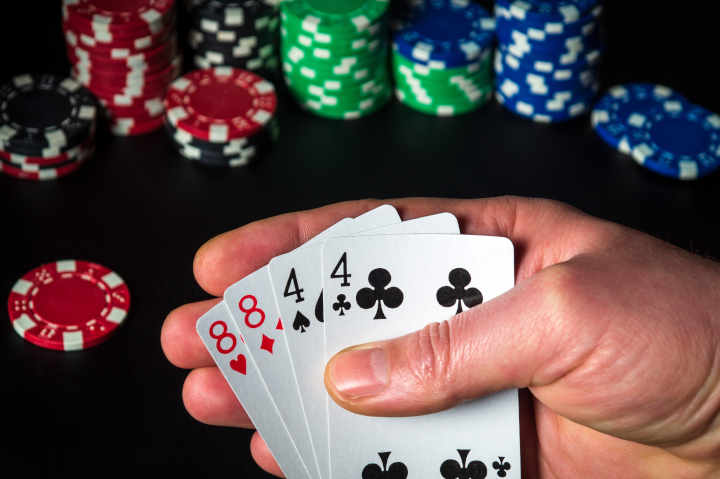 However, instead of the usual two cards you get in Texas Hold’em, you will be dealt four hole cards in each hand of Pot Limit Omaha.

The community cards are dealt the same way as Texas Hold’em, with three cards exposed on the flop, and one more on each turn and river, for a total of five community cards.

Yet, poker hands are made differently in Omaha poker.

This can make for many interesting situations as even holding the ace of one suit will not give you the nut flush if you don’t have another card of that suit, etc.

Furthermore, Omaha is always played as a pot limit game. This means you cannot bet more than the size of the pot at any point throughout the hand.

These few rules may seem cosmetic, but they actually completely change the way the game is played.

With four starting cards, many more hands will seem playable. Yet, the truth is that there is a lot to look out for if you want to be a profitable PLO player.

Now that we know the basic Omaha poker rules and differences between the two popular games let’s talk about some basic gameplay and what to look out for.

While many players assume that PLO is just Texas Hold’em with another two cards, the truth is much different.

In the game of Texas Hold’em, most pots are won by one pair, with high-card often being the best hand on the flop. 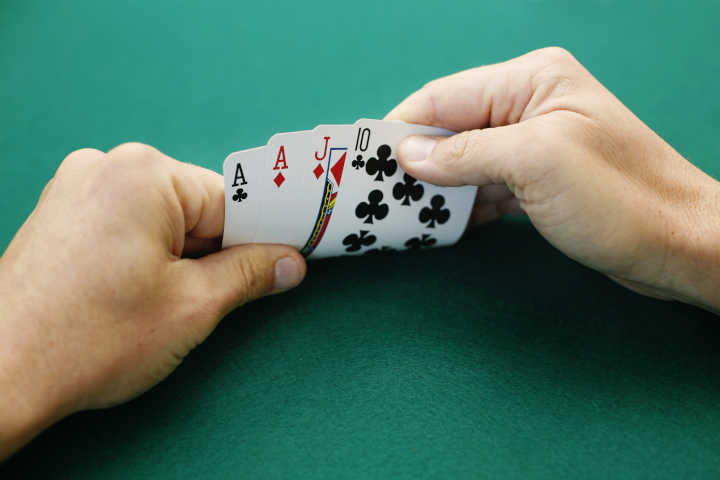 This is not true in PLO, where big hands like flushes and full houses are very common.

What’s even more, making a hand like a flush or a straight does not always mean you have a monster. In fact, in most big pots, having a non-nut flush or straight is a recipe for trouble.

This brings me to the concept of starting hands in Omaha poker. Unlike Texas Hold’em, the key aspect of picking a hand to play with in PLO is its ability to make the nuts.

The nuts, by definition, is the best possible hand on a certain board. For example, on a board of As Kd Ts 7s 4c, the nuts would be Ks with any other spade in your hand.

The importance of having the nuts in Pot Limit Omaha is massive as most big pots are eventually won by the nuts. This means holding second or third nuts can often put you in a lot of trouble.

Of course, there is a lot of bluffing happening in PLO as well, but even when bluffing, you want to be holding cards that can make the nuts on the turn or the river.

When picking your starting hand, you want to have as many high cards and suited cards as possible.

Holding an ace with another suited card is always good, and it is especially good if the other two cards are suited in a different suit.

You want to avoid hands that have three cards of the same suit in them, as well as hands that only have small suited cards.

A hand like 9s 7s 5c 3c, for example, is complete trash and should not be played.

Playability is the key factor in picking your starting hands in PLO, so make sure you pick hands that allow you to flop top sets, nut flushes and straights, and nut draws.

Avoiding small cards altogether is an excellent strategy, as is avoiding off-suit hands that don’t have the potential to make the nuts.

Of course, you can still play pocket aces even if they are not suited, just remember to use those ace blockers as a way to bluff when three cards of that suit appear on the board, and you know your opponent doesn’t have the nuts.

Now that I’ve talked a little bit about starting hands and the way you should choose which hands to play, there is another very important category for picking whether to play a hand or not.

This, of course, is your position. While position is important in every poker game, its importance is only increased in Pot Limit Omaha, as having position gives you a massive advantage.

Being seated on the dealer button or the cutoff gives you the ability to be in position against your opponents and thus dictate the tempo of the hand. 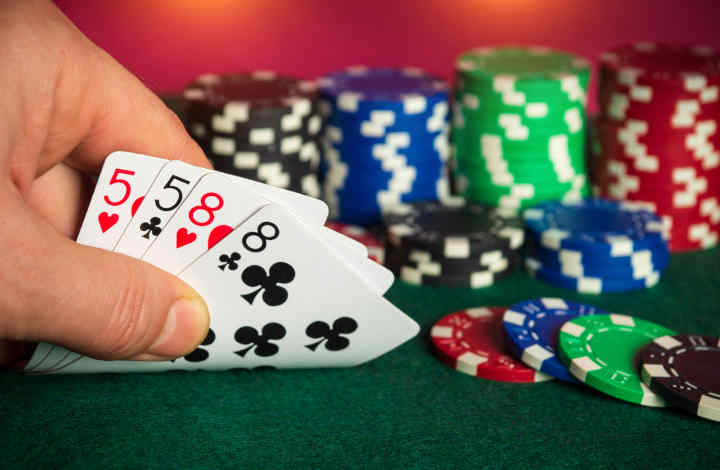 Not only will you be able to control the size of the pot better than your opponent, but you will also see what their move is before they see yours.

Having the extra options makes it possible to play very well in all scenarios, exploit your strong draws to the maximum potential, and get paid when you have the nuts.

There will be many spots in PLO where you will be forced to bluff. Having position in these hands will give you the exact advantage you need to make your bluffs successful.

If you want a simple way to think about PLO early on in your career, I would recommend rather playing a medium hand from the button than an amazing hand from the small blind.

Your positional advantage will more than make up for your cards.

This does not mean you should start playing any four cards from the button, but you can profitably play any hands with suited aces, suited Broadway cards, and big pairs.

On the other hand, you should definitely refrain from playing hands that don’t have a very high degree of playability in positions like the blinds and UTG, as your capacity to play and navigate the hand will significantly diminish in these spots.

Basic Strategy: The Dos and Don’ts of PLO

Being new to the game of PLO can be quite scary, as there are so many situations that come up where you are not sure what you should do.

To help you out, without going into too much detail, here is a quick list of five dos and don’ts that you can apply to your Omaha game to help you get better results right off the bat.

1 Play Small Rundowns: One of the trickiest hands in PLO that many players get stuck to is a small rundown. Small cards hardly ever make the nuts in PLO, and having a baby flush is a recipe for trouble. Fold your baby rundowns with a smile on your face and wait for a better opportunity.

PLO Poker in a Nutshell

PLO is a very complex game, and it’s going to take a lot more to learn how to play Omaha than simply reading this short guide.

Yet, I have tried to give you a few basic guidelines that will help you understand the rules of Omaha and get an edge over the bad players at the lowest stakes. 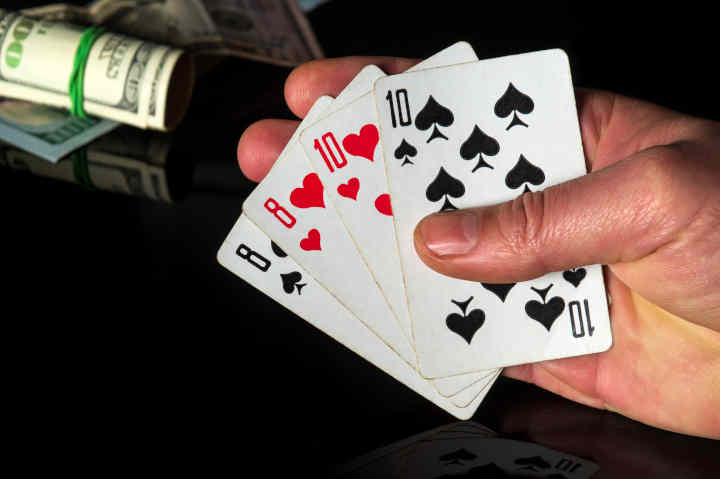 Playing the game will help you get better through experience, but I also recommend taking on professional coaching courses once you are ready to get out of the micro stakes.

Until then, keep playing your good hands in position and avoid punting off stacks with bad draws, and you will be more than a slight favorite in the micro stakes games Pot Limit Omaha games.