Before Texas Hold’em became the biggest poker game around, 7 Card Stud was by far the most popular game in home games and casinos across America.

Seven Card Stud was never very popular in other parts of the world, simply because poker as such was not so widespread in the years when this game was at its peak.

Even today, Seven Card Stud is a game that is played a lot at the World Series of Poker (WSOP), and other major tournament stops around the world.

Whether you want to learn it as part of your mixed games efforts or as a standalone game, 7 Card Stud is certainly one of the best poker games you could learn to play to expand your repertoire and make yourself a more complete poker player.

In this guide, I am going to teach you how to play the game, its basic rules, and betting order, as well as some simple strategies you can apply at the Stud tables.

The first thing you will need to understand if you are transitioning from Texas Hold’em or PLO is that 7 Card Stud is a game played without any community cards.

Much like draw poker games, Seven-Card Stud is played with each player getting a completely separate poker hand to play with.

This changes things quite dramatically in terms of gameplay, as players never share any cards, which is what makes Stud a less dynamic game in some ways.

Seven Card Stud is almost always played as a limit game. This means that all betting is limited on each street by the preset small bet and big bet.

The game can be played with as few as two and as many as seven players. The eighth player can sometimes be introduced with the assumption that all players won’t go to the river in the same hand.

A hand starts with each player dealt two hole cards face down and one hole card face up, which is called the door card.

Four further cards are dealt one at a time, with the fourth, fifth, and sixth cards exposed to everyone and the final seventh card dealt face down.

However, there is a lot of stuff going on between the time the door card is dealt and the seventh street, so let’s take it one step at a time.

Betting is much different in 7 Card Stud than it is in Texas Hold’em, and if you want to learn how to play 7 Card Stud, you will need to understand the antes and the blinds in this game.

The game is played with each player posting an “ante” and the player showing the lowest door card posting the “bring in.” 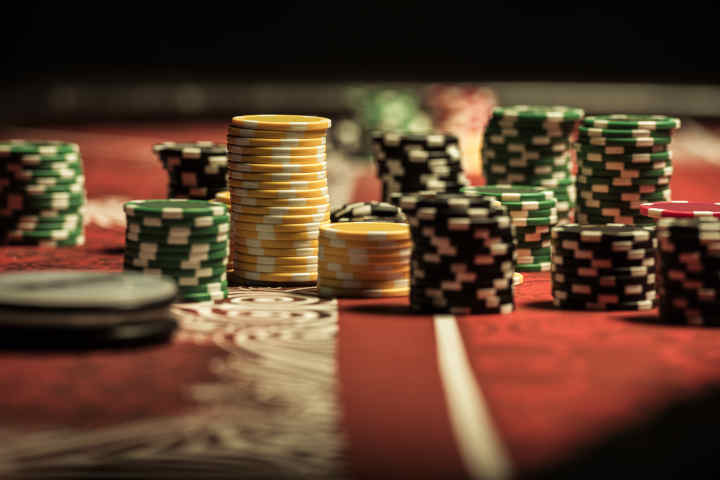 In a $10/20 game, for example, players would each post a $1 ante, while the player showing the lowest up card would post the $5 bring in.

These forced bets are put into place to drive the action and give players some incentive to enter the pot. They are all trying to win the dead money that’s already out there.

From here, the player to the left of the bring-in is first to act, and he can choose to call the $5 or complete the $10 bet.

The player posting the bring-in can also complete right away, but this is rarely done because the low up card is such a big disadvantage.

All raises from here and on are done in increments, with $10 (the small bet) being the betting limit on the third street. A maximum of four raises can be put in before the fourth street is dealt.

Once all players have acted on the third street, the fourth street is dealt out. Every player still in the hand receives another up card, and they are all given a chance to bet again.

From this point, it is the player who is showing the strongest hand who acts first on each street, which means the betting order can change from street to street.

Once all betting is done on the fourth street, the fifth street is dealt, once again face up. However, this time around, the betting limit is going up, with the big bet becoming the limit. This would be $20 in our case.

The sixth street is identical to the fifth, while the seventh street is dealt face down, now giving players a total of three down cards.

On the seventh street, commonly known as the river, the player who is showing the strongest poker hand with his four up cards will be playing first. However, this is not always the winning hand.

It is also worth noting that Seven Card Stud is often a player as a split-pot game, with the “low hand” winning half of the pot and the regular high hand winning the other half.

Unlike big bet games like Texas Hold’em or Omaha, Stud players must be somewhat more careful about their starting hands simply because there are fewer bluffing opportunities in the game.

With bets limited on every street, bluffing is difficult, and you will want to have at least a good drawing hand before you start bluffing. 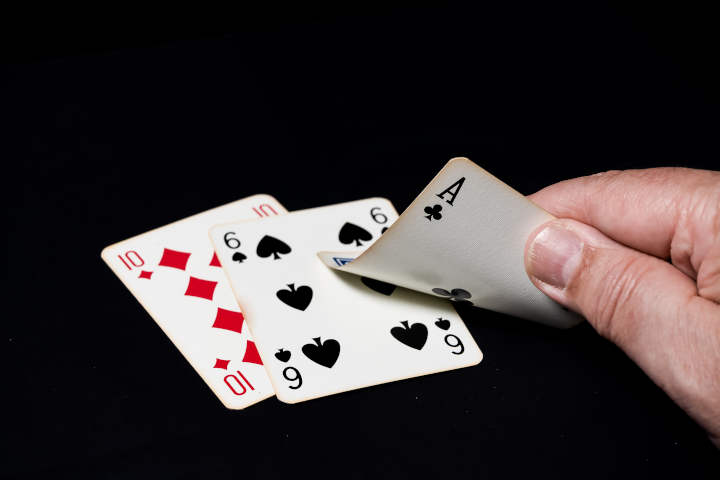 The best Seven Card Stud players around play a fairly tight game and only go past the third street when they have a hand that’s worth playing.

Examples of such hands include:

Apart from the hands listed here, you may also want to play some hands with high cards or two suited cards on the third, but only keep playing them past fourth if you improve.

The worst thing you can do in 7 Card Stud is to keep drawing to a hand that has extremely low equity and isn’t even sure to be a winner at showdown.

Your hand may seem somewhat obvious if you play a tight style like this, but that’s not a problem if you are playing against players who are happy to draw to trash hands.

Once you get into tougher Stud games, winning will come down to the slightest of edges, which is exactly why the pros decided that Texas Hold’em should be the game they pursue in the future.

Stud games largely dried up and many players became very good at the game.

Importance of Up Cards

Seven Card Stud is a game where knowing your cards and your opponent’s cards is not enough, simply because there is more information to be had. 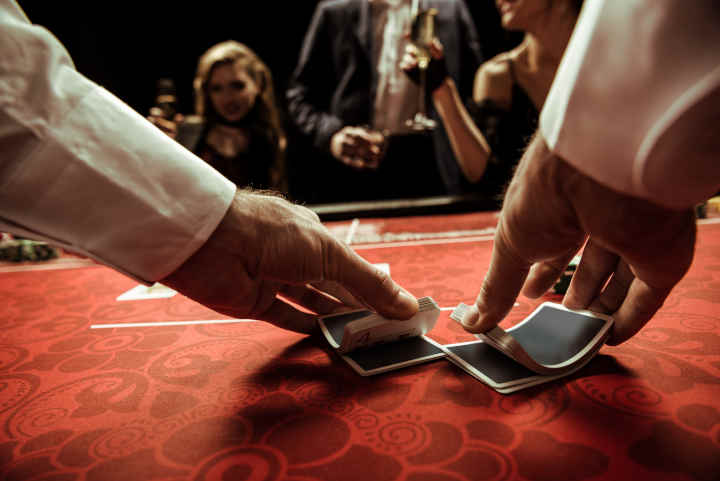 A good Stud player keeps an eye out on the third street and remembers all the folded cards that he saw there, as these could play an important role later in the hand.

These cards can also be important sooner than that, as you may want to fold your flush or straight draw if several of the cards you are looking for are already showing.

For example, if you are holding three clubs in your hand, and three other players already have at least one club, it will be very difficult for you to make your flush.

You can also use the knowledge of the folded cards to make assumptions about the hand of the opponents who still remain in the hand on later streets.

In either case, remembering every shown card that you can is an immensely useful skill for any Stud player and one you will want to master before you play for higher stakes.

Where to Play Seven Card Stud

Now that you know the 7 Card Stud rules, you will need to find the right place to practice your skills and become a better Stud player.

When it comes to live poker, Seven Card Stud is sometimes spread in poker rooms in the US and almost never in Europe or other parts of the world. 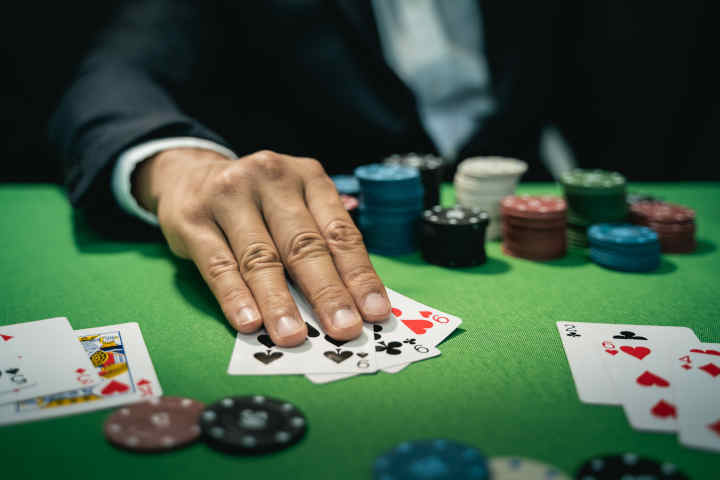 Stud tournaments are very common at the WSOP, and some other poker festivals include mixed games tournaments where playing stud is very important.

Stud games are also offered online, with PokerStars being the one site where you will get the most action at the Stud tables.

Other online poker sites may offer Stud in theory, but actual games run very infrequently away from the mixed games tournaments.

Major online poker festivals such as SCOOP and WCOOP on PokerStars are a great time to play some Stud, with many mixed games events and some Stud events all on offer.

Seven Card Stud is a dying game with fewer opportunities to play it every year and fewer new players getting involved with it all the time.

That said, it is not possible to be a complete poker player and contest with the very best out there without being a capable Stud player.

With variants of Stud being so critical at the WSOP and other major poker festivals, learning this game is a step towards poker greatness.

What’s even more, 7 Card Stud is immensely fun. Even if you are only looking for a new game to play with your friends, I would highly recommend learning it.