Poker Staking: How Players Get In The Games They Can’t Afford To Play 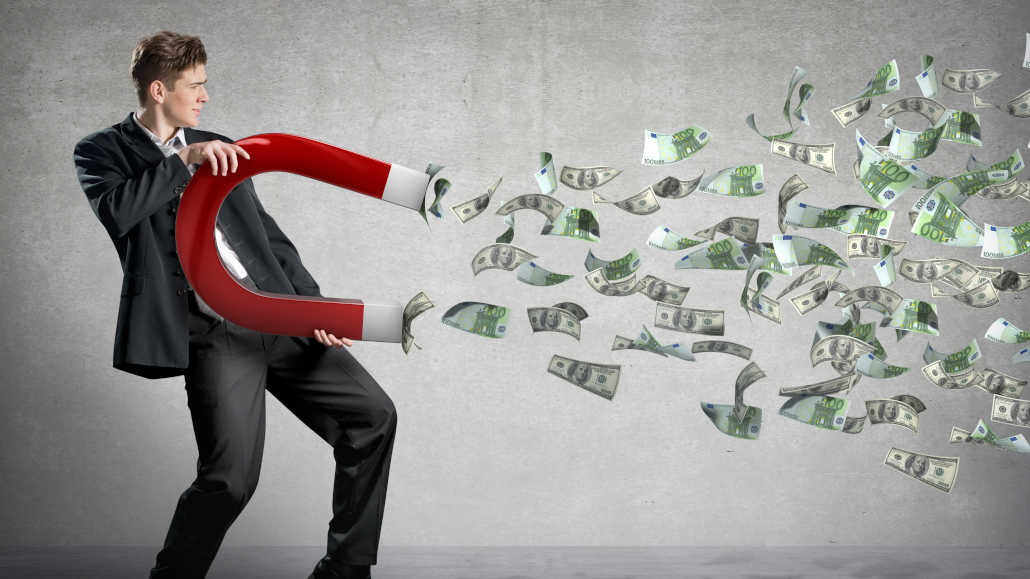 The debate around poker being a skill game instead of gambling has been alive for years. While many professional players have proved it to be a game that awards skill, there is no denying that you have to risk something to win something in Texas Hold’em and poker in general.

If you want to play this game seriously, you will have to put your money on the line with the real possibility of losing it on the way. This undeniable fact was the big reason that many people decided against pursuing their poker dreams.

However, it is also what drove many players into the world of staking, which is a unique method of financing other poker players and sharing their profits.

If you have never heard of poker staking or have not been involved in it, I will explain what it is, how it works, and what types of staking deals are usually used in the poker community.

What Is Staking in Poker

Staking is a deal between a poker player and someone giving them money to play in exchange for a share of their profits.

A poker staking deal may include a single poker tournament or cash game session or multiple ones, and different types of profit splits may be arranged.

A backer trusts that the player they are investing in has a good expected value in a particular game, which means fronting them money is a worthwhile investment.

When a staking deal is initiated, the two parties should agree about the various terms of the stake, such as the duration, limitations, poker income splits, ways in which both parties can end the agreement, etc.

Over the years, poker staking has gone from friendly deals between poker players and their wealthy friends to a massive industry. It has seen thousands of online and live poker players sell millions of dollars of their action to strangers in purely business-oriented deals, and it is only growing further. 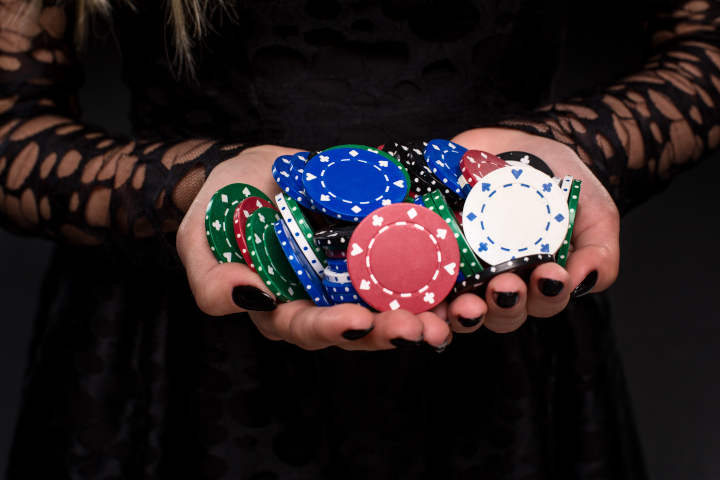 When it comes to poker staking, the most common deals are those made for tournament play, as tournaments are much easier to track and split profits from.

Popular types of tournament stakes include:

Staking a player for a single tournament is an extremely high-volatility proposition, simply because of the nature of tournament poker as such.

Only 10 to 15% of all players will make money in most tournaments, while everyone else will lose their poker buyin.

This means there is a very high chance you will lose your stake if you put someone in a single tournament, making it a risky investment.

When a backer decides to back a player for a single tournament, the deal should usually favor the backer heavily because they are taking a lot of risk with such an investment.

Typically, the player cannot afford the buy-in but has the skill level necessary to play the event. In this case, a deal that gives the backer 70% of all profits or more is usually fair. 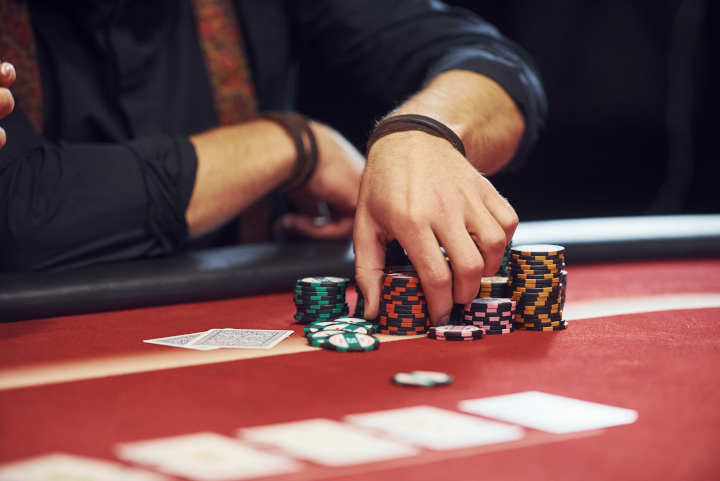 More commonly, a backer will invest in a package of tournaments that a player may play over one night or weekend online or over a certain period on the live tournament circuit.

Package backing is less risky than single tournament staking, as the player gets multiple shots at making a profit for the stake by playing several events.

The deal should depend on the player’s previous results and perceived skill level, the duration of the stake, and the kind of risk taken.

Typically, backers will give 50/50 splits for package deals, while the player will incur “makeup” if they end up not making a profit for the stake.

Makeup is not debt, which means the player is not required to pay the money back out of their own poker bankroll. However, the player should accept further stakes from the backer and pay back the makeup out of profits made from future stakes they take from the same backer.

If a player has a long-term tournament stake, this means a backer is staking them for their entire tournament action for an extended period of time.

Often, a backer will fund a player’s online poker account, allowing them to play SNG or MTT tournaments of their choice within a given buy-in range.

Long-term deals for live tournaments are less common but have been known to happen in the high-stakes circuit, where some very popular players are known to be backed by richer businessmen looking for side action.

In a long-term tournament stake, a highly skilled player might request a bigger share of their profits or ask for performance bonuses, as they are putting in many hours and using their skill to win money for both sides, with limited risks.

Now that I have explained the classic staking and the most common deals, I want to talk about other practices that poker players use to alleviate their risk when playing in poker tournaments.

Selling shares is a common practice, especially in high-stakes tournaments, among some of the best poker players in the world. A player will sell a part of his buy-in, promising a portion of his winnings to the people who bought the action.

For instance, let’s assume you want to play a $10,000 Main Event but only want to risk $5,000. You could try to sell the other $5.000 to other people, and you would owe them half of your winnings if you ended up making a profit in the event.

Skillful players have been using this practice with lots of success and even charging “markup.”

The concept of markup means that you will be paid more than the fair share of the buy-in by the backers, which is your way of getting paid for your skills and time. 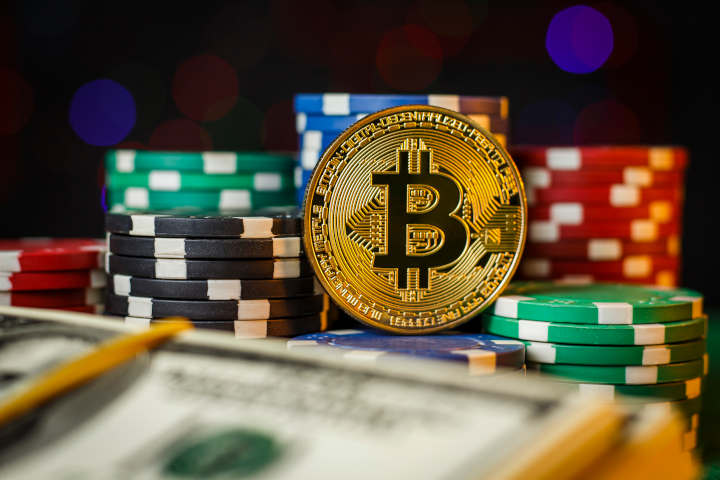 In the example above, you might be selling the $5,000 with a 1.2 markup. This means someone looking to buy the entire $5,000 of your action would need to give you $6,000 but would only receive half of your potential winnings.

Furthermore, players who believe they have a similar skill edge in a poker tournament will often swap action, which means they will each receive a percentage of the other’s winnings.

For example, players might swap 20% of the action. In this case, the player who makes the money should give 20% of their winnings to the other player at the end of the tournament.

This is another way professional poker players reduce their variance and risk in poker tournaments.

I already mentioned that tournament staking is more common than cash game deals because tournaments are easier to track, which is an important thing to remember.

In live cash games, there is nearly no way to track what someone is winning or losing.

For that reason, you should only consider live cash game staking with people you trust a lot, and even then, the deal may turn into a disaster for many reasons.

Online cash games are a little easier to track, as the player might be required to show screenshots of their lobby or their cashier histories to prove they have not transferred or cashed out any money from the site.

Long-term cash game stakes are sometimes given to highly skilled poker players with different terms, but historically such staking has not proved to be the most profitable way to play poker for players or the smartest of investments for most backers.

Over the years, the poker world has seen countless stakes. Most of them go unnoticed, but every now and again, there is a poker staking story that comes out and catches the attention of the general public. These are a few of the most famous such stories.

Although this isn’t your classic staking story, it’s a cool one to demonstrate just how profitable staking can be if you’re lucky. The name of Scott Blumstein probably rings familiar as he’s the guy who won the 2017 WSOP Main Event for the north of eight million USD.

What you probably don’t know is that four of his buddies chipped in $60 each towards his $10,000 buy-in, buying a small percentage of Blumstein’s potential ME winnings.

They probably did it just for the heck of it so they could have more fun sweating their friend, but their super small investment turned into a profit of over $40,000 when Scott shipped the tournament and became the 2017 poker champion. Talk about good karma!

One of the best-known names in all of poker, Phil Hellmuth has been known to sell pieces of his televised cash game sessions. While cash game staking isn’t very common, these games are streamed live, and Hellmuth enjoys a great reputation as a guy who upholds all the rules of poker etiquette, so people don’t have any problems trusting him with their money. 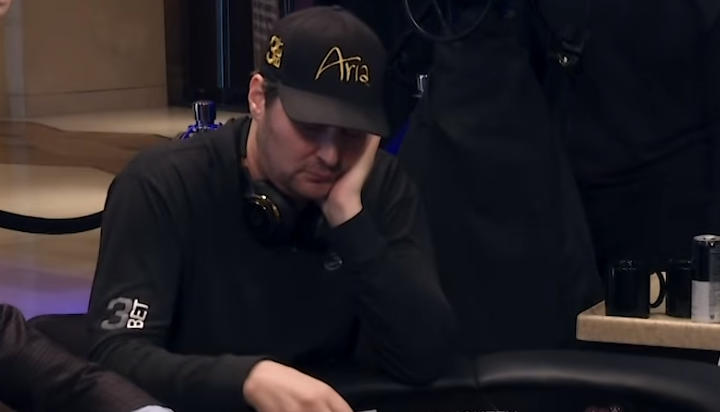 You might be wondering why the player with most WSOP bracelets and millions in poker winnings needs to be staked to play, and the answer is, he doesn’t. According to the man himself, he loves giving fans a chance to get in on the action, and he also plays better when there is someone else’s money on the line.

Another high-profile player that’s been known to sell action is Daniel Negreanu. In the past, KidPoker sold packages for his entire World Series of Poker journey, allowing his fans worldwide to get a proper sweat.

Traditionally, these packages have been selling like hotcakes, so it’s really hard to get in on the action. That said, if you really have your mind set on it, make sure to follow Negreanu’s Twitter and be quick once the staking process opens because you might only have a couple of minutes before all the shares are sold out.

Summary: Big Money Is Floating Around

Over the years, poker staking has become an essential part of the game’s economy. It has opened doors for many skillful players who, for one reason or another, couldn’t master the bankroll to play on the level their skills allow them to.

Although it was initially mostly done between friends, these days, staking in poker can be a very lucrative endeavor if you have the means to do it and know how to pick your “horses” (as backed players are often referred to).

There are even people who have been running successful poker “stables” for years, gathering a group of good players, helping them get even better, bankrolling their play, and sharing in on the profits.

Even some players who have the money to play on their own dime choose to get staked, especially for super-expensive high roller events. This alleviates a lot of pressure and helps them get through poker downswings as they don’t have to worry about losing their bankroll or having to drop stakes.

All in all, poker staking is here to stay, and despite some deals going the wrong way, it’s an overall positive for the poker economy. That said, if you’re considering staking someone or getting staked, stay alert and make sure you know all the details of the deal you’re getting into.