Among those who don’t engage in the activity, gambling is often associated with other vices such as alcohol and drugs, as well as the crime of all types.

It is the truth that many gamblers get involved with various unsavory characters to pay for their habit. It is also true that many criminals and outlaws enjoy playing cards or gambling in other ways when they are not “working.”

That said, gambling is a hobby for millions today, and most of these people have nothing to do with anything illegal.

Things were quite a bit different in the 19th century USA, though. Back then, gambling was a hobby that was not indulged in too often by those who worked everyday jobs.

The world was a very different place in 1876 when the dead man’s hand got its name. Poker was a game frequented by lawmen, outlaws, and other strong types who loved to compete at the tables.  They didn’t actually play poker for a living, but they still spent many hours playing the game.

James Butler Hickok was one such man! The Wild West hero, Bill Hickok, was a lawman who traveled the land and helped people fight outlaws and scoundrels of all types.

These days, lawmen are charged with conducting investigations and arresting criminals. But back then, the two sides would often fight it out in a classic gunslingers’ matchup. And none were better at gun slinging than Bill!

It was a combination of his deeds with the pistol and his affinity for card games that got him into trouble and gave the name to one of the most famous poker hands of all time, the deadmans hand.

How Aces and Eights Became the Dead Man’s Hand

It was the dead of summer in 1876, when James Butler Hickok, also known as Wild Bill Hickok, walked into a crowded Nuttal and Mann’s Saloon in Deadwood, Dakota. The place was frequented by gamblers, and like most saloons, it had poker games going on.

Wild Bill was a man who loved to play five-card stud (Texas Hold’em wasn’t the game of choice back then) and enjoy a glass of whiskey, but he had his rules that he rarely broke. 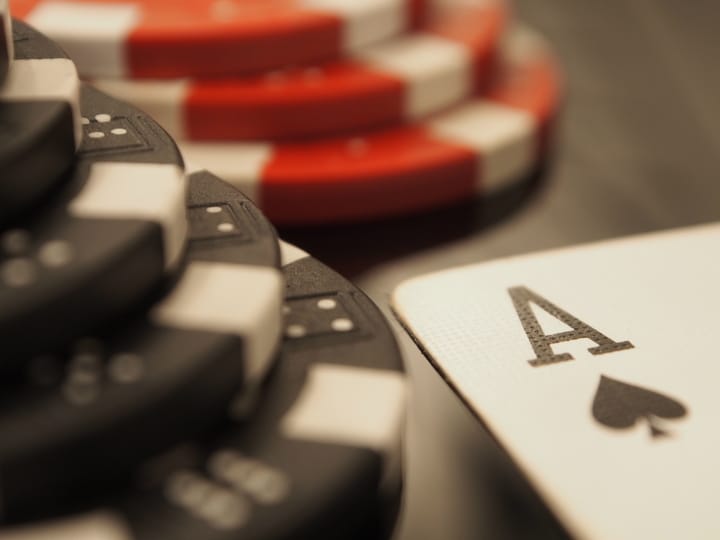 According to legend, one of Bill’s main rules was to always scope out a room he was in, looking for those who might see him as an enemy. He would then proceed to always sit with his back facing a wall so that no surprises could come his way.

On August 2, 1876, Bill decided to throw his rules out the window as a poker game that was simply too good for him to sit out of was going on. Hickok took a seat in a chair facing the wall, with his back turned towards the entrance.

It was a mistake that would prove to be fatal, but also the one that gave name to poker dead man’s hand.

The game quickly got heated, and cards and money were flying around the table. The usually well composed and focused lawman was so deep into the game that he didn’t notice a man he had known, Jack McCall, walk into the saloon.

As Jack walked into the place, Bill looked at his cards and saw that he was holding a strong poker hand, two pairs of aces and eights. As he was contemplating his bets, a revolver was placed at the back of his head, and a single bullet made him the center of one of Wild West’s most popular folk tales.

While the actual details of the incident remain vague, what is clear is that Jack McCall killed bill Hickok in the packed saloon, which means he wanted everyone to see it happen. The act implied revenge for some earlier incident.

Why Was Bill Hickok Killed?

Killing a man in cold blood in front of dozens of witnesses is something not too many people are willing to do, regardless of the circumstances.

When Jack walked into that saloon and shot Wild Bill dead, I am sure quite a few people were left in utter shock, even if seeing someone shot was more common back in the day.

Stories started circling the West about how and why Bill was shot dead.

Some claimed that Hickok had killed Jack’s brother earlier, but other stories were also floating around.

One popular legend says that the pair had played in a poker game the night before and that Jack was deep in debt and had lost a lot of money.

Bill allegedly helped him out, got him to leave the game, and stop bleeding away his bankroll. He even bought him breakfast and talked to him like an old friend would. According to some, though, Jack took offense to this behavior. 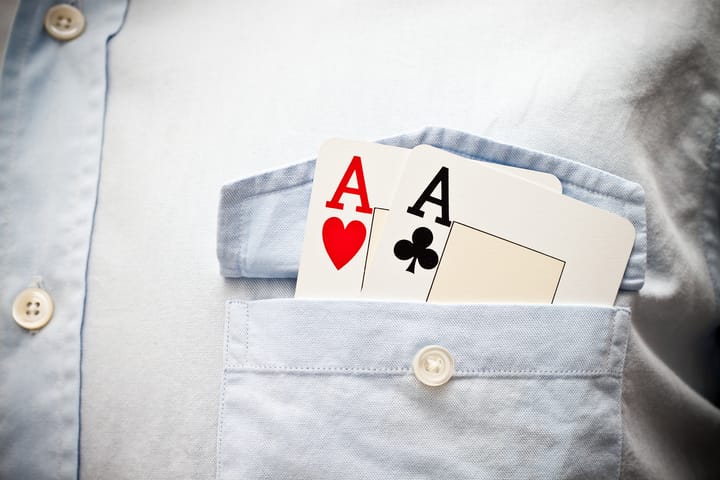 Whichever of the two stories is true, there is little doubt about the details of the incident. McCall never tried to hide his actions in any way, and he would only reveal his reasons in court sometime later.

The aftermath of the dead mans hand situation was a bit strange. McCall was arrested, and a quick trial was held in front of a jury that was not selected in a traditional way for the time.

During these expedited proceedings, Jack claimed that Bill Hickok had killed his brother, which may have been true considering Hickok’s considerable body count.

The jury found Jack to be innocent of the crime, and they let him go. This was scandalous, considering he had just killed a man point-blank. Regardless of the circumstances, one would expect some sort of sentence to be passed.

Justice was met soon, however, as McCall was arrested once more and put on real trial by proper authorities. This trial was done in accordance with the laws, and as expected, the murdered got the harshest of sentences.

The death penalty was quite common at the time, especially for murder, and McCall was a prime candidate for it. He went from being pronounced a free man to being executed in a short timeframe, and the dead man’s hand claimed its second victim.

Now that you know what is the dead man’s hand in poker, let’s talk briefly about just how famous it became in the years following Wild Bill Hickok’s unfortunate demise.

The cursed poker hand has become synonymous with impending doom. Numerous books and poker movies have since used it to symbolize their characters’ impending unfortunate destinies.

The Man Who Shot Liberty Valance and Stagecoach are two classics in which the deadmans hand is used to symbolize the death of key characters.

It is worth noting that in most variations, the hand is made up of all black cards. It contains two black eights, two black aces, and the last card being random. This is because it is not known which final card Wild Bill was actually holding.

Numerous other movies and books such as Winchester 73, The Ballad of Buster Scruggs, Along Came the Spider, and more also paid homage to the fabled dead man’s hand.

The Badlands of Dakota is a 1941 Western in which the character of Wild Bill Hickok actually appears, played by Richard Dix, and the whole scene with Jack McCall is recreated in full. 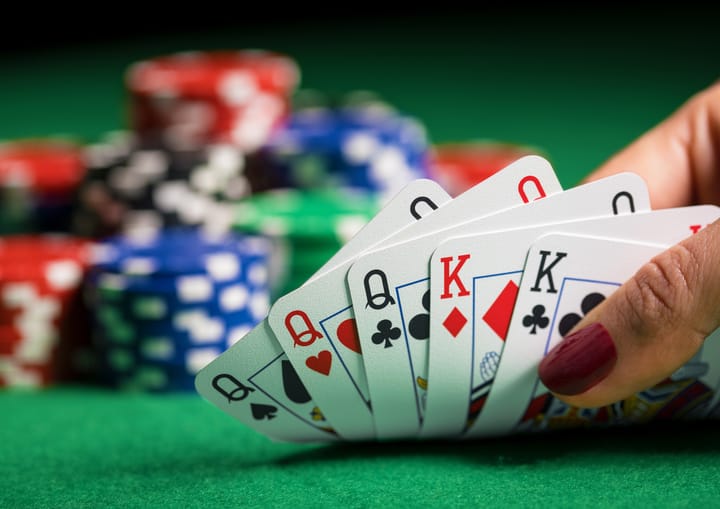 Apart from these, the dead man’s hand also made appearances in various TV shows, documentaries about the Wild West, and music numbers by the likes of Bob Dylan and Motorhead.

Despite happening so many years ago, the legend of Bill Hickok and the poker dead man’s hand continues to resonate in the poker world and other environments, both for the tragedy and the mystery it left behind.

It is well known that gamblers, on average, are superstitious people. Many gambling games are also often associated with all sorts of stories, legends, and superstitions.

Modern-day poker players are not as superstitious as they used to be back in the day, with many of them coming from an online poker environment.

Yet, there are still many superstitions going around, especially at the live poker tables. Many players will fold any combination of aces and eights as early as possible, believing that the dead man’s hand can’t bring anything good to them.

Apart from the dead mans hand poker superstition, there are many others. In a traditional poker game, you will see people bringing lucky charms, changing seats at the table, chairs, or cards, and even asking for new dealers, all out of pure superstition.

I have personally been told to spend any poker winnings I might make on trivial things or give them back at gambling. This is because poker money is “cursed” and will bring me a bad fortune if spent on anything relating to real life.

While none of that may make any sense, the power of superstition is so great that it can actually negatively impact how people approach the game of poker and anything else in life.

To make things even crazier than folding two pairs for no real reason, I have also seen pocket aces folded in a Texas Hold’em game before the flop, simply because the player believed they would lose (because they “always lose with pocket aces”). 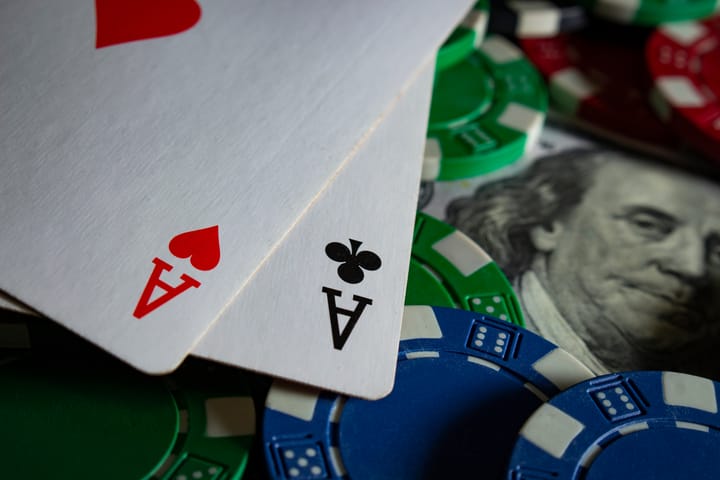 Should I Play Aces and Eights?

Poker has changed a lot since the days of Bill Hickok, and games like Texas Hold’em are a lot more present these days than the Five Card Stud he used to play.

The poker strategy has also changed a lot. While I don’t want to talk about strategy too much in this article, there are a few things I want to mention.

First of all, let’s get one thing out of the way. Despite what you may think, a dead man’s hand is not cursed, and it’s quite possible to win with it and also survive to tell the tale.

When holding an ace and an eight in Texas Hold’em games, there are plenty of times in certain poker positions when you will want to play it and try to win the pot.

If you are fortunate enough to make two pairs of aces and eights, chances are you have the best hand in most situations. That’s why you should pursue the hand and try to win a lot of chips from your opponents.

In fact, winning a pot with the poker dead man’s hand can even be a lot of fun because you get to show it and make some drama unfold at the table.

The same goes for other interesting hands like the Doyle Brunson hand (10-2 offsuit) or the Daniel Negreanu hand (7-4 suited), although these are actually weaker hands with less chance to win the pot. 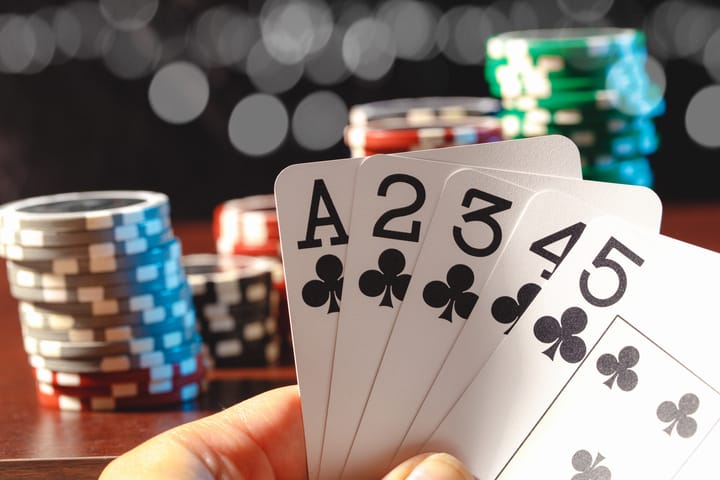 Wrapping It Up on the Dead Man’s Hand

The dead man’s hand brought a lot of misfortune to Wild Bill Hickok, although in reality, it seems it was the lack of caution on his part that did that more than the actual cards.

The story of aces and eights has been in the making for well over 100 years. While it probably isn’t all true, it’s likely that Hickok was, in fact, holding it when his life ended.

This is just one of many superstitions going on in the poker world. If you want some expert advice for when you play next, you should avoid them all and stick to sound theory and strategy.

If you get dealt aces and eights, think about poker first and the legend last. If you can win a big pot with it, there is no reason to avoid the dead man’s hand and go against poker odds. I have played it and survived on many occasions, and I am quite sure you will as well!