Why Is Counting Cards Illegal? Or Is It? Find All Your Answers Inside!

Blackjack is one of the most popular card games in the world, and one of the many advantages it offers players is the fact that the house only maintains a very small edge over the players.

The entire edge comes from small advantages such as being able to play last, and this edge is only maintained when the rules of the game are 100% adhered to.

In the early 1960s, a math teacher and famous gambler by the name of Edward Thorp invented the first-ever card counting system.

It was a way of beating the game of blackjack and giving the player a mathematical advantage.

Thorp published his book “Beat the Dealer” in 1962. In it, he explained the methods a player can use to turn the tables at blackjack and give themselves a significant advantage.

Over the years, his original card counting techniques were further perfected by others, giving them an even bigger edge over the house.

The big question in everyone’s mind, of course, is: is counting cards illegal or not?! To find that out, let’s talk about what card counting is in the first place, how it works, and how exactly the courts look upon the card counters.

What Is Card Counting?

Card counting is often mentioned by unknowledgeable people in relation to many card games, including poker, but it is, in fact, a technique that only works in the game of blackjack.

Card counting works best if the casino is dealing blackjack from a single deck of cards, as was often the case in the early casinos in Las Vegas, Atlantic City, and other places.

The card counter tracks all the cards that are dealt out on the tables, thus allowing themselves to have more information than other players on the remaining contents of the deck.

Every time a card is dealt out on the table, the player will track that card and add or remove +1 or -1 from the running count. 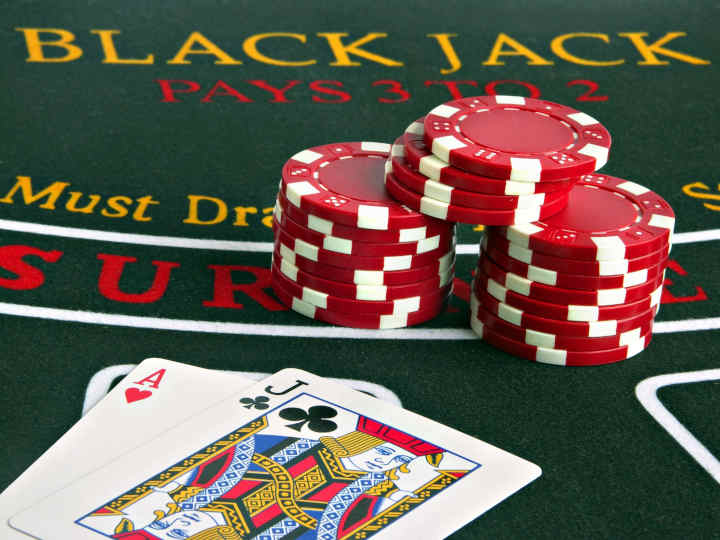 Anytime the count is favorable, the player will increase their bets, as their mathematical chances of winning are increased.

By counting cards, the player gives themsleves an advantage. The casinos naturally thought that the activity should be treated as cheating. However, is card counting cheating?

After all, a player who counts cards is not doing anything out of the ordinary. Remembering which cards have been dealt out should not be illegal or treated as cheating.

Indeed, in most places in the world, the answer to is card counting illegal is a resounding no. There is no law in the US or any of the western countries that would prevent you from applying card counting techniques in a casino.

How Does Card Counting Work?

Before we go into more details to explore is card counting cheating or not, we need to understand how it works exactly.

Anytime a 7, 8, or 9 is dealt, the count remains unchanged. All Tens and picture cards reduce the running count by one.

By applying this technique over multiple hands of blackjack, you can determine whether there is an excess of high or low cards in the deck.

Having a lot of high cards in the deck is generally favorable for the player as it improves the chances of being dealt a blackjack, as well as other favorable outcomes.

On the other hand, having a low count with a lot of small cards remaining in the deck means it will be difficult to make good hands and makes the deck unfavorable.

Card counters work by placing small bets until the deck is favorable, picking up some speed when the count gets high.

Many counters over the years even worked in teams so as to avoid drawing attention to the big player who places large bets on favorable counts.

There are many sophisticated systems of card counting that go into even more detail to determine the true count even more precisely, as well as determine how much you should bet based on the current count.

In either case, all card counting systems revolve around figuring out when the deck is stacked in your favor and acting on it as quickly as possible.

Is Counting Cards Illegal and Why?

This brings us back to our original question, is card counting illegal or not? I already said that it is not, but I should provide a little bit more of an explanation on that.

Since card counting is not a cheating activity that includes using gadgets or information that’s not available to everyone to gain an advantage, there is no reason it should be illegal.

All a counter is doing is watching the cards pass by and using their brain to memorize certain things about them. Making this illegal would be walking down a very slippery slope. 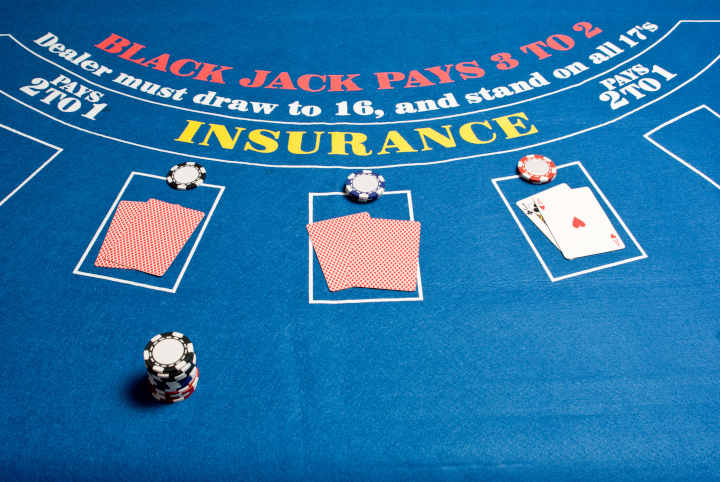 This is the exact reason why most courts that had to face the decision on the legality of card counting, both on state and federal levels, found that card counting simply cannot be treated as cheating.

That said, while card counting is not cheating or illegal, there are still ways that a casino can stop you from counting cards on their premises, and there is only so much you can do against it.

What Can the Casino Do if Card Counting Isn’t Illegal?

We asked the question, is counting cards illegal, and we came up with a definitive answer that it is neither illegal nor forbidden in any western country.

However, casinos are private properties, and they have the full right to set their own rules. They can ban anyone they think is taking advantage of them, even if they are not technically cheating.

This is exactly the type of logic that the casino operators use to get card counters to stop using their advantage plays or take their action someplace else.

If you walk into a casino and start counting cards and increasing your bets when you like your count, you will be banned from the premises quite soon.

Hundreds of card counters have gotten banned from various casinos for engaging in card counting, and there wasn’t really much these players could do to get back into action.

If the casino decides to ban you, you will usually simply have to suck it up and try to find a different place to play.

You will not be walking back into the property you were banned from.

In many cases, the casino will only ban you from playing blackjack if card counting was your only offense, but trying to play the game again may get you banned permanently.

You need to understand that the casinos don’t mind you being there. They just don’t want you to use techniques that guarantee you have an edge against them in their own game.

Another thing to note is that, despite what you may have seen in “21” and similar movies, no one is going to rough you up or break your finger in the “backroom” if you do count cards and get caught!

The biggest danger that card counters face is that they will get caught and banned from the casino permanently.

For that reason, simply walking up to a blackjack table and starting to count cards without any preparation is usually not advisable.

You will probably get banned after playing no more than a few hours, and arguing is counting cards illegal or not won’t help you.

The most common method people use to avoid getting detected is the one that was made famous by “The MIT Team.”  This group of students from the prestigious MIT University worked in a team to beat the house.

This method includes multiple people who work together to make sure they are not caught.

Spotters will sit at different blackjack tables and signal when the counts are good for the “Big Player” to come and take over the action. 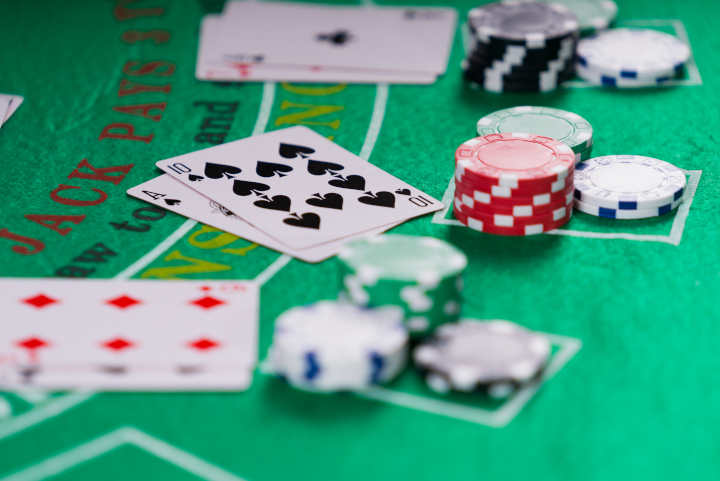 Once the Big Player comes to the player, the Spotter will let them know what the count is subtly, and they will start making the big bets that will rake in the profit for the night.

This system is often used along with disguises, which makes it very difficult for the casino staff to find the card counters.

This is especially true in big establishments where thousands of players might be on the floor at the same time.

If you want to try to beat the house with card counting techniques, which, I repeat, are not illegal, you may want to assemble a team and try doing it with a group of people instead of taking this task on by yourself.

Where Is Card Counting Allowed or Not?

We now know that the answer to the question, is card counting illegal, is no! However, I have also explained that many casinos will ban you if they catch you counting cards, which is a bit of a problem.

Most casinos in Las Vegas and places like London will probably ban you if they realize you are counting, even if they technically haven’t seen you win a lot of money.

The technique itself is simply too dangerous for them to take the risk.

The same goes for Macau, the gambling Mecca of Asia, where card counters are frowned upon by the casino owners and usually banned from properties on short notice.

The true heaven for blackjack card counters is Atlantic City, the one place in the world where the casinos are not legally allowed to ban you for being a card counter. 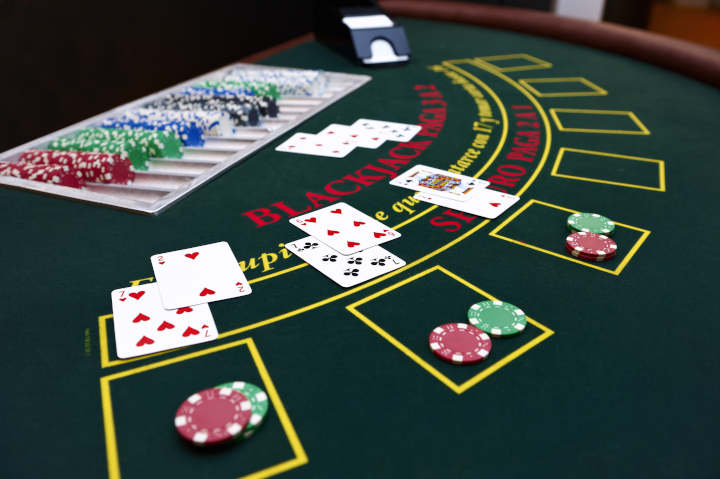 In 1979, a blackjack player by the name of Ken Uston sued an AC casino for banning card counters.

He argued that since no cheating was happening, there was no legal basis to ban a skillful blackjack player.

The New Jersey Supreme Court decided in his favor and ruled that only the NJ Gaming Commission had the right to ban players for using reasonable skills to increase their advantage.

So, the court gave the ultimate answer to the question is counting cards illegal in AC casinos.

This means that an Atlantic City casino is not legally allowed to ban you for counting cards.

However, it also means that the blackjack games in Atlantic City have the worst rules and the highest house edge in the world. This makes it really hard to win even if you are an experienced card counter.

Over the years, dozens of blackjack card counters and teams of counters have won millions of dollars from casinos in Las Vegas, Atlantic City, and other places.

After Ken Uston and other counters made the techniques well-known to the general public, the casinos started taking numerous countermeasures to deny players from having a chance to gain an advantage by counting cards.

Primarily, the introduction of multi-deck blackjack dealt out of a “shoe” that contains several decks has made the card counting techniques less effective.

The Atlantic City casinos, which are not legally allowed to ban players for counting cards, also introduced a variety of rules to the game itself that increase the house edge and make the game more difficult to beat.

Wherever you go to try and count cards at blackjack, you will find that making money this way is a lot more difficult these days than it used to be.

That said, a shrewd team of counters could still win big with proper organization, bankroll, and a lot of patience!