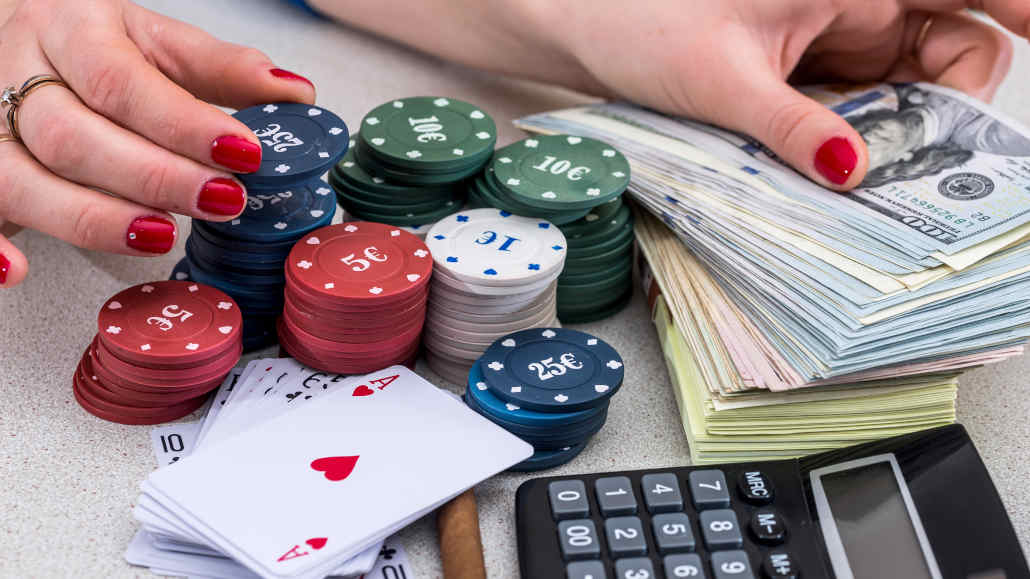 Tournament poker is different from cash games in quite a few things, and the way in which prizes are distributed to players is one of the key differences.

Unlike cash game tables, where players can get up and cash out their chips for their exact value at any time, poker tournaments award players who survive the longest.

One thing that many players neglected for years is the fact that tournament chips don’t have the same value as the tournament advances.

This is where a mathematical model called the “independent chip model,” or ICM, comes into play.

The Independent chip model is a mathematical model that helps us calculate our equity in the tournament based on our stack size, the payout structure, and the other remaining stacks in the event.

While ICM does not account for skill level or other factors, it does a great job of calculating how much money our current chip stack is actually worth, considering the payouts.

The best tournament players of our day use the ICM formula to determine when they should expand or shrink their ranges and just how aggressively or passively to play.

In this article, I am going to look into the advantages and limitations of the poker ICM concepts and teach you how to use ICM to improve your tournament poker results.

What Exactly Is ICM and How Do I Use It?

As I already mentioned, ICM in poker is a mathematical model that helps us calculate the approximate value of our chip stack in a tournament.

However, the truth is that ICM calculations are quite complex, usually too complex to do while the event is going on, and the results they provide are not 100% accurate either.

ICM forgets to account for quite a few things that exist in poker, such as a player’s skill advantage, the positioning of big stacks compared to shorter stacks, etc. 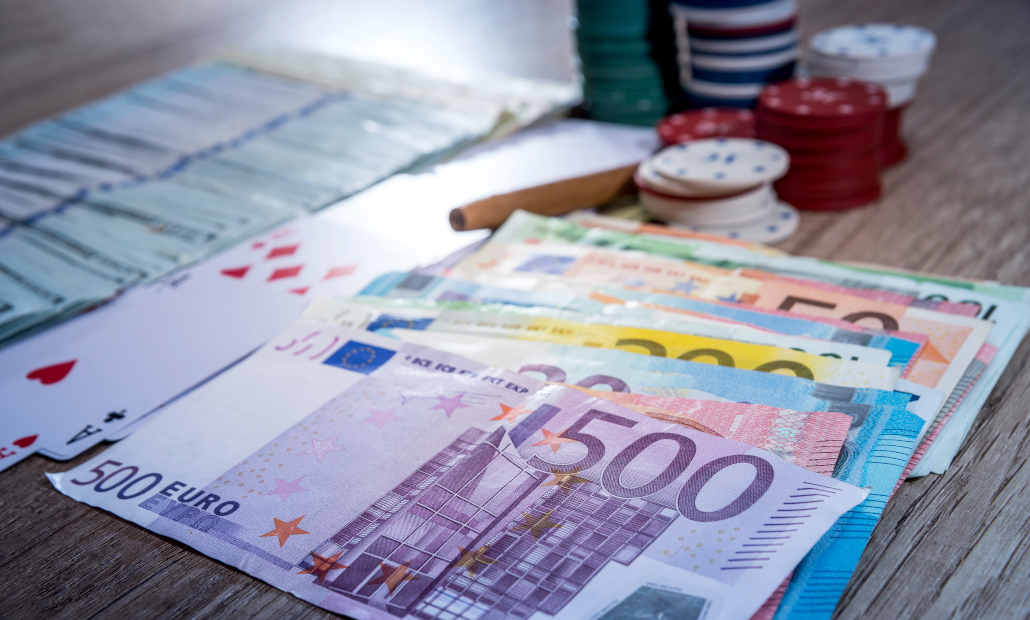 Instead, ICM only calculates what percentage of the prize money belongs to us in the long run if the cards were simply to run without any additional play.

Yet, tournament poker players do use ICM in a limited capacity as it does have certain advantages.

For instance, it helps us avoid making big mistakes that can cost us a lot of money in a certain spot.

Most commonly, players will make what’s known as “ICM poker plays” when there are severe short stacks left in the tournament in the late stages, especially at the final table.

In these cases, all other players are nearly guaranteed to make pay jumps, but not if they end up busting before the short stack.

This is why calling off an all-in from another player who has us covered can be completely detrimental in such scenarios. ICM has the mathematical explanations as to why.

ICM will account for the following things when deciding on how valuable your chip stack is:

But before we can make any calculations in certain situations, we need to consider how much our stack is worth at any point in a tournament. Here is how we do that, in a very simple example.

What’s My Stack Actually Worth?

In tournament poker, even if you are a significant chip leader with a few players left, there is no guarantee you are going to win the first place.

What’s even more, even if you do end up with all the chips in play, you will only win the first place prize money, not the entire prize pool. 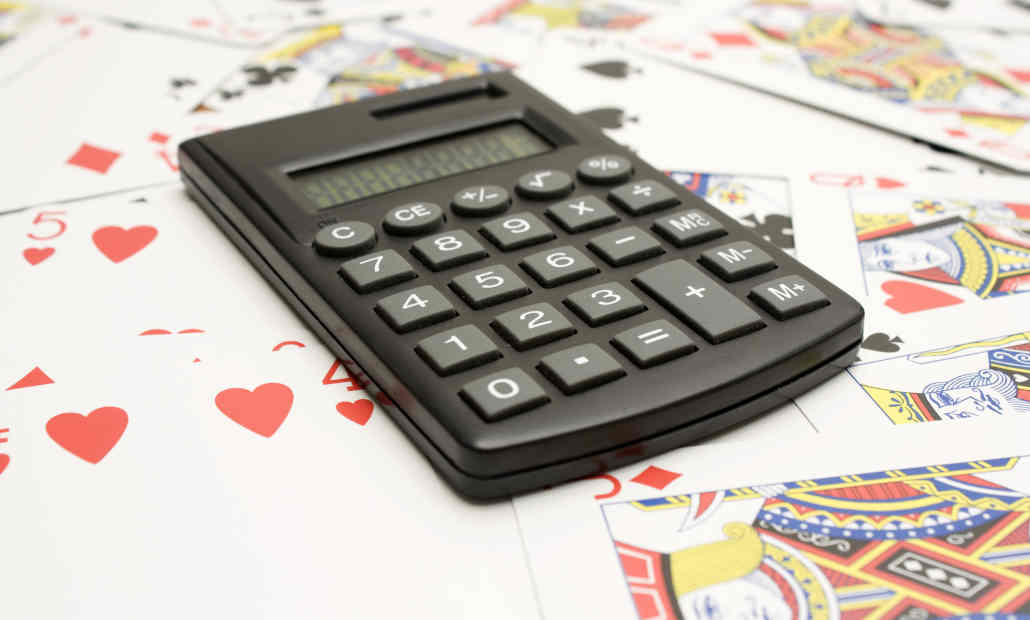 This is exactly why we can’t play tournament poker like we would play cash games. The chips we have are always worth significantly more than the chips we are going to win.

Instead, the stack value is going to grow depending on the tournament payout structure.

This is because there is no guarantee we are going to win the first place prize just because we have 5,000 in chips, and we will need to win to get $50.

What’s even more, if we end up accumulating 6,000 chips, our stack will still not be worth $50, let alone the $60 that it would be worth if we were playing a cash game.

You will also notice that both of the remaining opponents, who have 2,500 chips each, have a stack value of more than $30, which is second-place money.

This is because, while one of them may end up busting in third for just $20, they both also have a good chance to win the tournament and take home $50.

Our chance of busting in each position is also not dramatically changed by having the 5,000-chip stack, which is why our stack is only worth $38.33.

Of course, having a skill advantage over the remaining opponents may change these numbers significantly, but ICM does not account for such intricacies.

At cash game tables, equity is fairly simple to determine. All you need is a Hold’em Odds Calculator or a similar piece of poker software, and you can tell exactly what percentage of the pot belongs to each player, plain and simple.

Things are quite a bit different in tournament poker. While we can still use the same formulas to determine our equity, this equity does not correspond to monetary value. 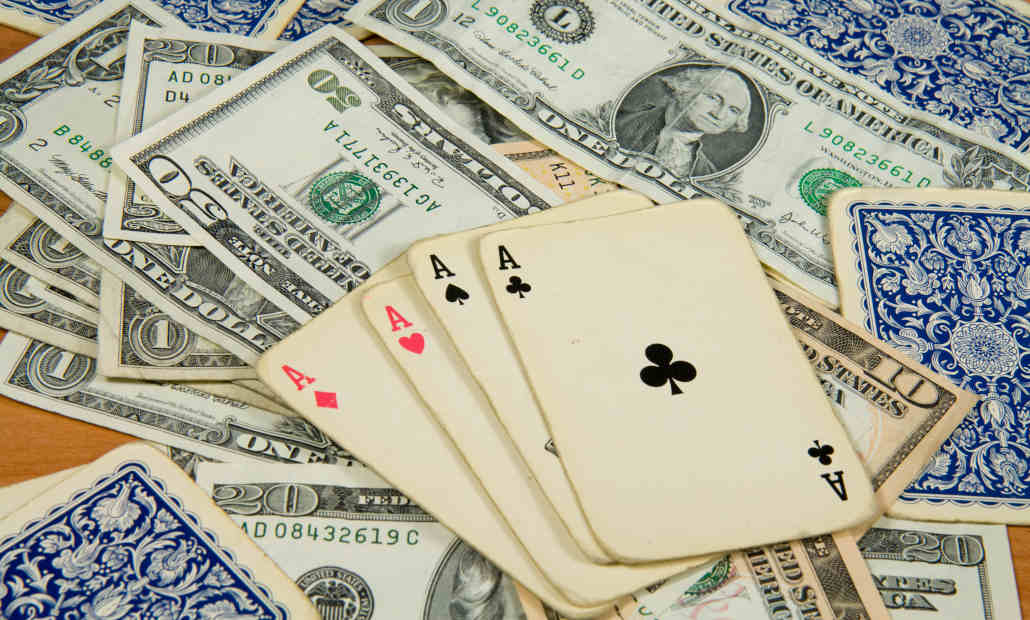 cEV, as you might expect, refers to plain poker equity, the same one we would be calculating at a cash game table.

$EV is the one we calculated in the earlier example that tells us how much money our stack is worth in the tournament.

The two are practically never the same, barring a winner-takes-all tournament in which all the money would go to the eventual winner.

Tournament poker players must be acutely aware of this fact and should always approach the decisions they make from the perspective of $EV.

However, if we make the call, even holding a very strong hand like pocket aces or pocket kings, we may end up busting out and not cashing at all.

This is an extreme example of a situation where we must calculate our $EV instead of our cEV. While our hand may be a favorite against the big stack’s overall range, it is probably not a big enough favorite to make this call.

Using ICM Poker to Our Advantage

So far, it may seem like I have talked about some bad implications that ICM has in tournament poker and how it may render us incapable of playing in some spots.

While it’s true that ICM may limit our decisions in the late stages of poker tournaments if we are one of the shorter or medium stacks at the table, it can also give us new options when we are the big stack.

The reason, of course, is that ICM works both ways.

Our opponents are also affected by it, and they, too, must be careful of making bad ICM plays.

Assuming our opponents are solid tournament players, we can use ICM as leverage to play extremely aggressively in many late-game spots as the big stack.

This means going all-in with any two cards from late positions against a middling stack can be a great way to print money, as they will be incapable of calling even with hands like AQ or TT.

Despite knowing that we are shoving wide and that their hands are mathematical favorites against our range, capable players will make folds so as not to bust out before the short stacks. 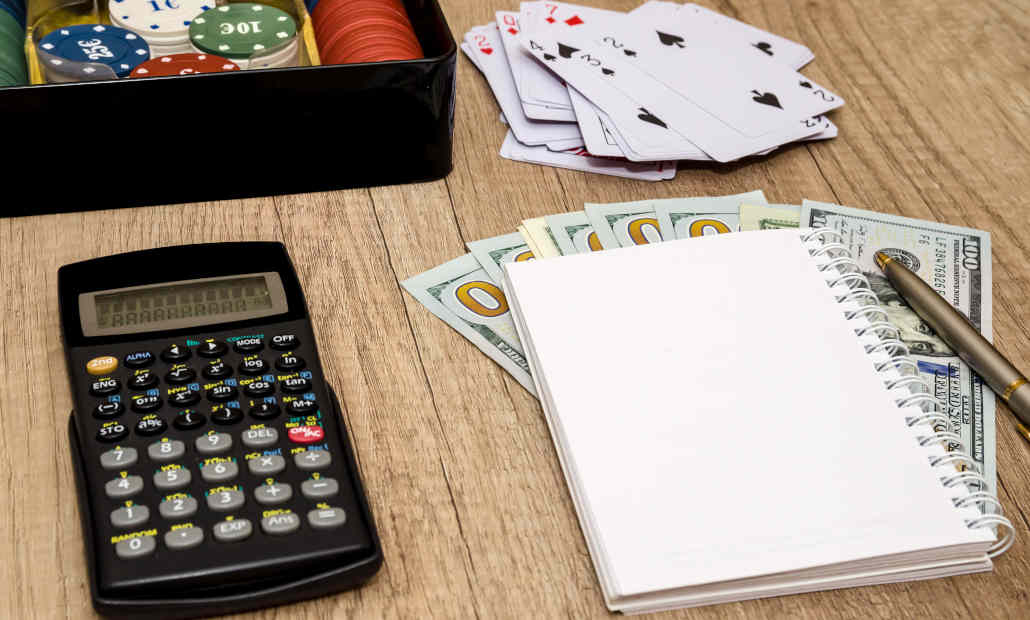 Such players will make decisions based on $EV instead of cEV alone and will decide that they would be losing money in the long run by calling us down.

Of course, it’s also worth noting that some players, even the best ones, ignore ICM in order to try and build a big stack with which they can push people around and maximize their advantage.

When playing in tournaments, you will do well to take note of which players may be paying too much attention to ICM implications and which players might not care about it at all.

By knowing this, you will know when to apply poker ICM pressure and when to sit back and let some players lose their stacks by being careless and ignoring their $EV.

How to Learn and Apply ICM in Poker

Now you know what the independent chip model is and how to use ICM in poker, but it still may not help you too much when actually playing.

When facing bets from other players in a real game, you will have a limited amount of time to make your decision, and you will be under pressure.

You will need to practice ICM decisions away from the tables and be ready to make them in real-time when the time comes.

Thankfully, there are programs designed for this exact type of practice, which you can use to perfect your ICM game and make sure you are always making the correct decisions.

These programs will put you through a series of exercises, coming up with imaginary scenarios, from common to extreme ones, which you will need to solve.

The main thing you will want to learn in regards to ICM is when to call off shoves from other players and when to fold to them, as well as when to go all-in with your own stack.

By doing these exercises in between your tournament poker sessions, you can perfect your ICM decision-making and ensure that you are not making mistakes that cost you real money when cards are in the air.

ICM Poker in a Nutshell

I talked extensively about ICM and its implications in this article, and it is my hope that it will be your starting point to get more educated on ICM, practice it, and improve your tournament poker results in the future.

While the independent chip model may have its drawbacks, it is one of the best ways to determine which plays to make in complex late-game situations.

When unsure, I recommend airing on the side of caution in tough ICM spots and letting your cards go rather than risking your stack and potentially more money than you intended to risk.

Keep practising your ICM decisions, and you will eventually get to a point where they become fairly automatic.

You’ll look back at your past plays, fully understanding where you went wrong and why you were failing to win big in tournaments! 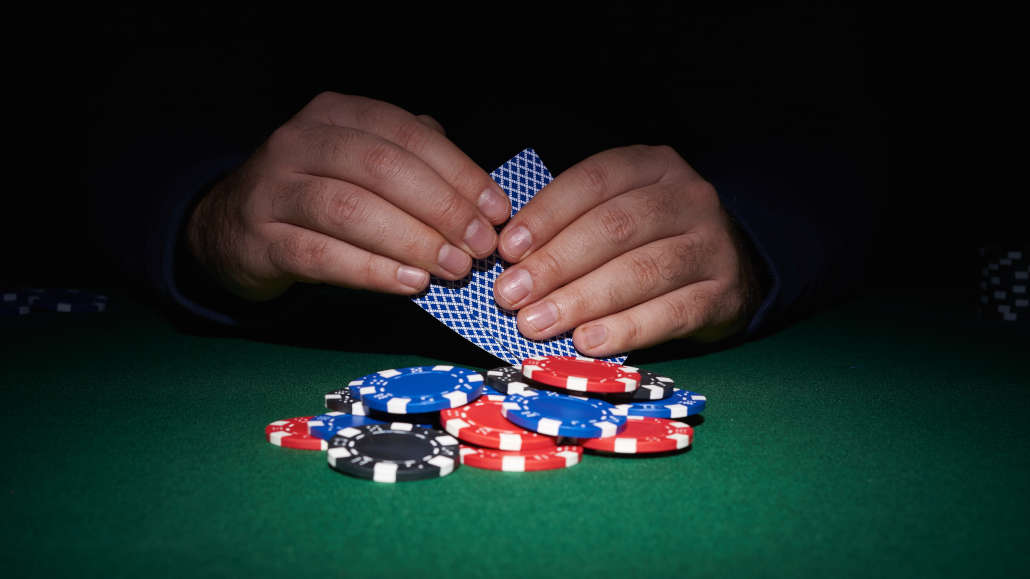 Poker Ranges Explained – How to Think and Play Like a Pro