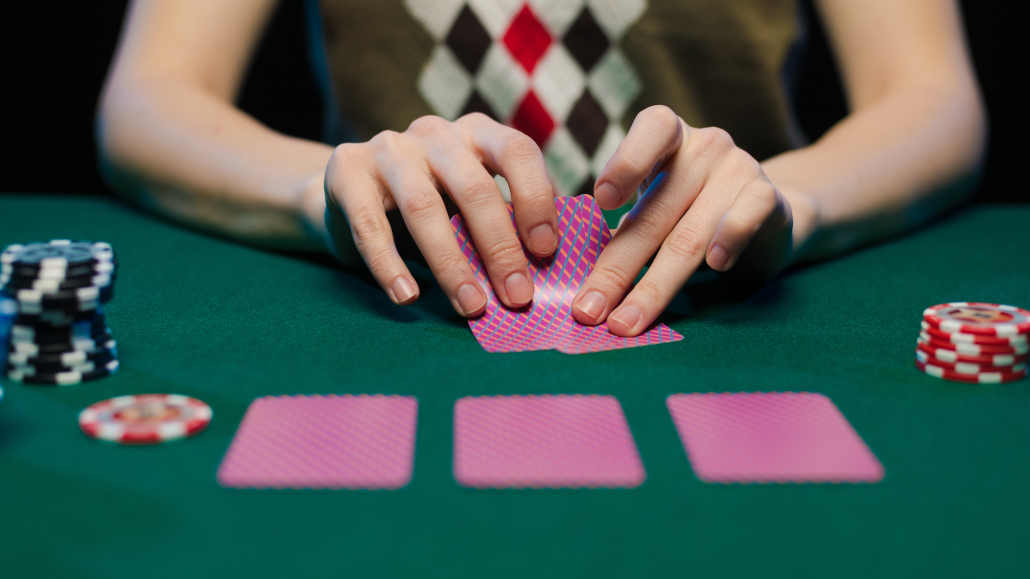 The term poker is used to refer to a variety of different card games, all of which have plenty in common.

However, the truth is that there are many types of poker, and only some of them actually make sense to learn how to play.

If you are a true lover of card games, then learning every poker card game out there could be a fun thing to do.

On the other hand, if you are solely looking to make money playing the game, there are some games that are more appealing than others.

Today, I want to talk about the most profitable and lucrative poker games you should be learning in 2022 if you want to make profit playing cards.

The poker games list I will present here contains the games that offer enough action to actually profit from and can actually be beaten for a reasonable win rate, so let’s get started.

Regardless of what anyone might think or say, No-Limit Texas Hold’em is still by far the most appealing poker variation to learn for a variety of reasons.

For starters, there is more Texas Hold’em action out there than all the other games combined, and it’s not even close.

Whether you are looking to play poker games online or in a live setting, No-Limit Texas Hold’em is what’s usually going to be on the menu. 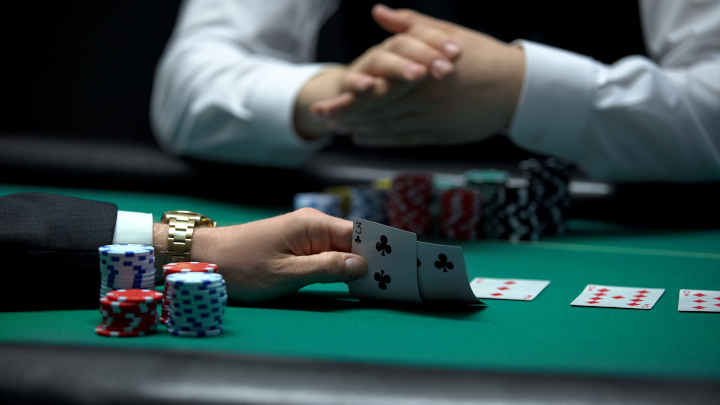 That said, Texas Hold’em is also a game that has the biggest number of people who can play quite well, which is a trade-off you will simply have to accept for all the action you will be able to get.

No-Limit Texas Hold’em can be found in countless different variations, ranging from cash games to tournaments, from heads up to full ring, and from online to live.

Another great thing about learning Texas Hold’em in 2022 is that there are more resources on this game than any other poker version out there, which makes it easier for you to study and learn.

At the end of the day, you should be able to become a fairly good Texas Hold’em player within some months of playing the game and studying with the help of those various resources.

The best tip I can give you is to learn how to play Texas Hold’em and then focus on finding some good games to play in.

This won’t always be easy, but I can promise you that smart game selection will be the best thing you can do to give yourself the best winning opportunities.

Don’t try to beat every NLH game out there, as this is a plan that simply won’t work due to the number of great poker players that are out there these days.

Next to Texas Hold’em, Pot Limit Omaha, or PLO as it is referred to in online circles, is the most popular of all other poker games.

PLO has become hugely popular in both Europe and America in recent years, and it seems that the number of PLO players out there is only growing by the day. 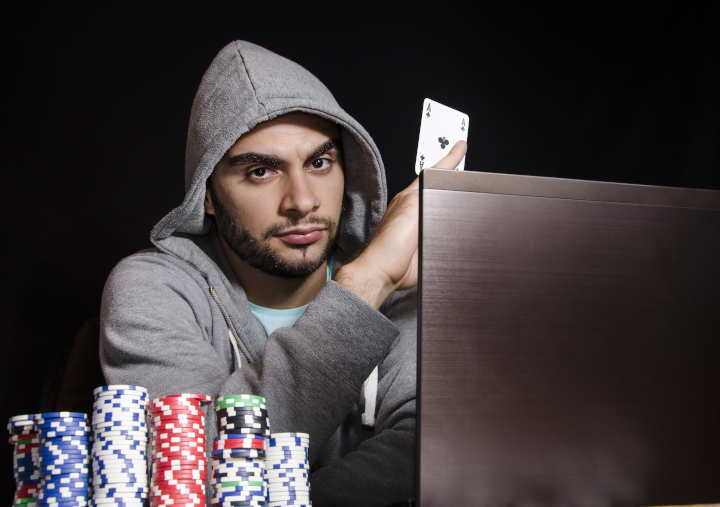 The great thing about Pot Limit Omaha is the game is not nearly as solved as Texas Hold’em, and there are seemingly countless players who simply don’t play the game very well.

In fact, you will find plenty of very splashy PLO games both online and live, and you will notice players playing a lot more speculatively and gambly than they would at NLH tables.

For all these reasons, PLO is a great game to learn in 2022. There is enough action across the stakes to keep playing at all times, and the players will be much worse on average than they would at Texas Hold’em.

The downside of PLO is that it’s also a much more complex game with more variables, which means the learning curve will also be steeper.

While studying materials and resources for Pot-Limit Omaha do exist, they are not nearly as sophisticated and on-point as those for Texas Hold’em.

Yet, players who are really looking to crush poker in the future and make money from it may be better off focusing on Omaha. The win rates of big winners are simply larger in PLO.

One thing to remember is that PLO is also a wildly volatile game, which means you will have some crazy downswings and upswings, and you will need a large bankroll to sustain them.

If you are willing to spend many hours learning the game and don’t mind the downswings, the great game of Pot Limit Omaha is the playground you have been looking for.

Next up on my poker games list is a relatively new game that’s gained a lot of popularity, especially in the high-stakes community.

It is only a matter of time before short deck poker, or 6 Plus Hold’em as it is often called, gains more momentum on the lower poker stakes as well, so the right time to learn the game is now.

Short Deck Poker is a variation of No-Limit Texas Hold’em, which is played with only 36 cards in the deck, slightly changed hand rankings, and a different blinds/antes structure.

All these changes impact the game dynamic quite a bit, and the lower number of cards in play make the game a lot more volatile.

You will see a lot of crazy full house over full house situations in Short Deck Poker, and you will need to learn how to handle the swings quite well if you want to be good at this one. 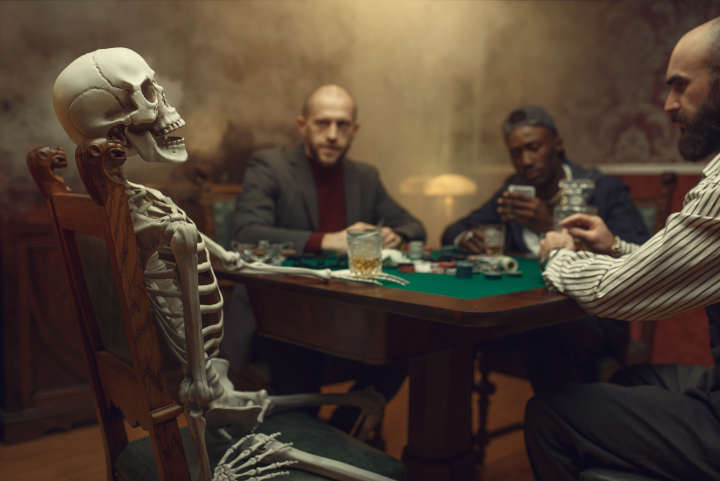 A major problem with learning how to play 6 Plus Hold’em is that there is no clear strategy made up just yet. No one has really bothered to completely solve this game so far.

For that reason, you still see players playing very different styles of poker at 6 Plus tables, which may just be your opportunity to shine.

If you want to learn how to play good Short Deck Poker, I recommend watching the footage of high-stakes games from Macau, which show you all the cards and the way some of the pro players like Phil Ivey and Tom Dwan approach this game.

At the end of the day, playing Short Deck Poker for small stakes may be the best way to approach learning the game.

Getting your feet wet is the one way you will get a feel for just how this game plays compared to Texas Hold’em.

Poker players seem to get bored of constantly playing poker the same way, which is why new poker games are always emerging.

A common trend that we have seen in online poker, in particular recently, is the addition of extra cards in Pot Limit Omaha games.

Five Card and Six Card Pot-Limit Omaha have become very popular recently, and both games are even wilder than you could have ever imagined.

As expected, the addition of even more cards makes these versions of Pot Limit Omaha completely crazy, as making full houses and quads in these games is not all that difficult.

Like Short Deck Poker, these PLO versions are not yet nearly as solved as the classic PLO, which means there is a lot more room to maneuver and improvise in these games.

The best way to learn how to play Five Card Omaha and Six Card Omaha is probably to just play the game and learn on the go while applying the same fundamental principles from Pot-Limit Omaha.

If these poker games don’t give you enough action, you may want to take a step back and reconsider your adrenaline addiction. Chips are guaranteed to fly anytime you play any of these two poker card games.

You will often hear high-stakes players talk about the very best players actually being the ones who play mixed games well, and that may just be true.

Mixed games are extremely complex because you will need to learn at least five different poker games to get started and even more to play versions like 8 Game and 10 Game.

Once you get the hang of mixed games, you will be welcome in pretty much any poker game on the planet, and that can be quite an advantage.

Learning how to play mixed games is a process, as you have to learn each of the games individually and then also adjust to the game-changing every round.

What’s more, you may not find that much action at actual mixed games, as most poker players prefer to play big bet games.

Yet, if your plan is to make a career out of poker, you will eventually need to pick up mixed games as well as this will open doors to you that would otherwise remain shut.

There are some poker card games that are simply classics, and Draw Poker is one such variation. Whether you are playing classic 5 Card Draw or quirky versions like 2-7 Triple Draw, Draw Poker is something every poker player should be able to play.

Draw Poker is not very hard to learn either, as there are far fewer intricacies to it than games like PLO or NLH.

Since no cards are shown in these games, a lot of what you do is based on your own cards and the feel you get for how the other players are playing. 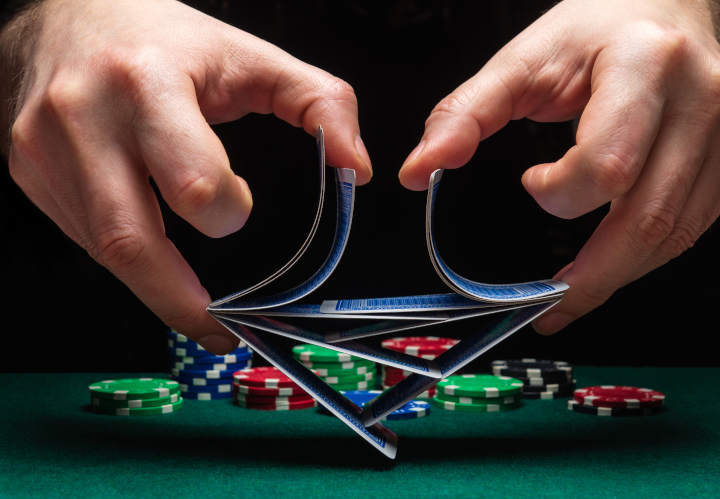 Learning Draw Poker can be a bit difficult as there aren’t so many good resources on it out there, but the videos and written materials you can find are often free and available to everyone.

If you have some extra time on your hands, picking up how to play 5 Card Draw and 2-7 Single and Triple Draw is a good idea for any aspiring poker player.

Of all the poker card games I could recommend you learn how to play in 2022, Chinese Poker is probably the strangest one, as it’s not really a poker game at all.

Chinese Poker is played much differently than poker games like NLH or PLO, as is no bluffing, bet sizing, or similar concepts.

The truth is that Chinese Poker is also a much easier game to learn and one where you may not have as much of an edge as you would in the other versions.

Chinese Poker has become somewhat popular among poker players in recent years, although you won’t find as much Chinese Poker action as you may want to if your plan is to make money.

Yet, there is still some Chinese Poker action happening on the outskirts of major poker tournaments, so you may want to learn how to play this game along with other poker versions for an extra way of making money while playing poker.